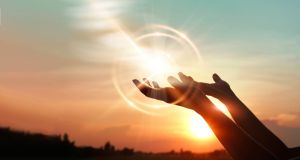 Tomorrow’s readings speak to our duty as Christians to reach beyond self to the neighbourhood and the world. Photograph: iStock

In 1992 John Kenneth Galbraith launched his book The Culture of Contentment in the Anglican Cathedral in New York. Galbraith was one of the foremost economists of his generation and among other things had been Warburg professor of economics at Harvard University and American ambassador to India. He was also one of a small group who met President Roosevelt in the White House in 1941 as America planned its response to the Japanese attack on Pearl Harbor.

Referencing the theme of his book, he spoke about what influenced people in elections. He acknowledged the genuine concerns people in America had for the less well-off, those who were homeless or unable to access decent healthcare because they did not have the money. The electorate, Galbraith said, were genuinely troubled about such matters and believed that “they”, meaning the government, “should do something about it; oh, and by the way, don’t increase taxes”. In other words, do it but don’t ask us to pay for it. That would be a key factor in their electoral decisions. For the past few weeks politicians have been making all sorts of commitments to deal with the issues that concern us. They do so because that is what we want to hear and we, the concerned, demand action on behalf of the sick on hospital trolleys, the homeless including children, the young houseless, the hungry and all the other needs, but we are not concerned enough to provide the funding to meet those needs and governments can only spend what we are willing to give.

Tomorrow’s readings speak to our duty as Christians to reach beyond self to the neighbourhood and the world. The reading from Isaiah rejects religious rituals that are self-serving and fail to address the needs of others. He instances religious fasting which ignores the needs of the hungry and homeless: “Is not this the fast that I choose . . . Is it not to share your bread with the hungry, and bring the homeless poor into your house; when you see the naked, to cover them, and not to hide yourself from your own kin? . . . if you offer your food to the hungry and satisfy the needs of the afflicted, then your light shall rise in the darkness and your gloom be like the noonday.”

This Old Testament theme is developed in the Gospel reading where Jesus designates his community of faithful followers as the light of the world – expected to practise rather than just talk about love of God and love of neighbour.

The Benedictine author Hubert van Zeller wrote: “The world may be in darkness, but this should not upset us. Christ is the light of the world. If we bring this truth into the context of our own experience, we must know that light inaccessible has invited us to enter into this light. He has asked us not merely to reflect it but to be it.”

Being that light is rarely glamorous and often dangerous as we are reminded by this year’s Costa Book award to Jack Fairweather for The Volunteer, a biography of a Polish resistance fighter called Witold Pilecki. This is significant in this 75th anniversary of the liberation of Auschwitz. The book tells how Pilecki, a devout Catholic and patriot infiltrated the Auschwitz camp to gain evidence to convince the world of its horrors. After two years as an inmate, he escaped and provided detailed information of the scale of the atrocities being perpetrated there. He would later be executed by the communist regime in 1948.

Jack Fairweather dedicated his book to Pilecki’s children, who while very young, heard of their father’s execution as “a traitor and enemy of the state” over the tannoy system as they sat in school. That is how they thought of their father for the next 50 years. They knew nothing of his work in Auschwitz; that he had in such a courageous way been the light of the world in that very dark place.