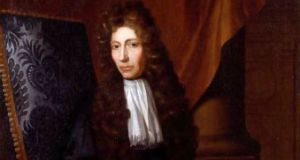 Who was Robert Boyle and why were his experiments so important in the development of the modern scientific method?

The importance of history as a core subject in school was recently articulated by Prof Diarmaid Ferriter in The Irish Times. Similar sentiments have been expressed by President Michael D Higgins, including the statement “. . . to be without such knowledge is to be permanently burdened with a lack of perspective, empathy and wisdom”.

What did the Greeks and Romans think of the universe at large? What caused these ideas to be questioned in the Renaissance? What was the nature of the dispute between Galileo and the Church? Who was Robert Boyle and why were his experiments so important in the development of the modern scientific method? Many scientists would argue that such knowledge is of fundamental value to any young person, yet such topics are rarely discussed in school. Even at college level, only a tiny minority of students graduate with a knowledge of the great revolutions of science and their impact on society – from Darwin’s theory of evolution to Einstein’s theories of relativity.

Does it matter? I think it does, because the history of science forms an important component of the advance of human knowledge. To pick a topical example, I would suggest a rudimentary knowledge of how man-made global warming was discovered would help increase awareness of the issue. It is hard to remain sceptical when one learns of the first painstaking observations of a rise in the concentration of atmospheric greenhouse gases, and the correlation of these observations with rising surface temperatures and increased ice melt over the years. Incidentally, few climate sceptics realise that many of the alternate explanations raised by them were carefully considered by climate scientists in the past, but have long been ruled out by observation.

Historians trained in the humanities constructed complicated sociological reasons for the acceptance of a scientific theory, paying little attention to practical issues

Yet the history of science remains an obscure field of study, even at third level. Remarkably few colleges worldwide offer undergraduate programmes in the history of science, and senior university positions in the topic are rare. One reason may be a certain tension within the discipline itself. Until the 1960s, almost all work on the history of science was produced by senior scientists with an interest in the historical development of their field. From the 1960s onwards, professional historians began to take an interest in the subject, and they noted that scientists tended to produce a rather idealized narrative of scientific discovery that took no account of societal influences. Thus, a new “social context” approach to the history of science emerged, inspired by scholars such as Thomas Kuhn, that paid attention to sociological factors such as the status of researchers, the status of their institution and the role of governments and funding bodies in scientific enquiry.

However, professional scientists soon complained that the “social historians” were engaged in revisionism. Historians trained in the humanities rather than the sciences often constructed complicated sociological reasons for the acceptance of a given scientific theory, without paying attention to practical issues such as supporting evidence. This “black boxing” of the technical aspects of science in the study of its development was anathema to most scientists, as it effectively ignored the rigorous process of scientific enquiry.

Today, there are many attempts to encourage scientists and historians to work together to produce narratives of scientific discovery that include both technical and sociological considerations. For example, the International Conference on the History of Physics, of which I am a committee member, hosts a number of international conferences on the history of physics for both historians and scientists. Closer to home, the annual Robert Boyle Summer School offers a number of public talks by scientists and historians on the science of Robert Boyle and his contemporaries in the Royal Society. This year, the summer school takes place on June 21st to 24th at Boyle’s ancestral home in Lismore, Co Waterford, and the theme of the meeting is “What do we know and how do we know it?”

The Robert Boyle summer school is open to all – tickets can be booked at http://www.robertboyle.ie/