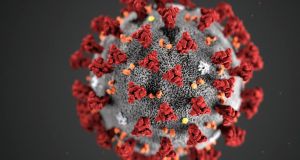 Since the coronavirus appeared a couple of months ago we have been hearing a lot about measures designed to contain its spread. One of the most popular measures in Europe and the United States is to encourage people who may have been exposed to “self-isolate”.

Time magazine recently estimated there are hundreds of people in the US living in self-imposed quarantine in their houses. In the centres of the outbreak, governments have used the much stronger measure of quarantining entire regions.

So far in Ireland we just have the isolation of a few patients and the self-isolation of their contacts. There have been murmurings about whether these measures are sufficient and whether people will actually obey them. With this in mind it is worth considering what has happened in the past when governments have tried to contain disease by forcibly shutting people into their homes.

You are probably familiar with the Black Death or the great wave of plague that ravaged Europe’s population in the 14th century. In fact this was not the end of the plague: the disease continued to appear in most towns in Europe once every 15-20 years up until the 18th century.

I am not suggesting Covid-19 is medically like the plague. The practice of closing people into their houses, or “shutting up” as it was called, was a common measure of containment in England. This was very different, and much more stringent, than our modern “self-isolation”.

I’ll use the example of the 1665 plague in England, the last major epidemic of the disease in that country. At first, towns were very reluctant to declare they had any cases of the disease. But once the disease had been identified in a town they followed a set of “plague orders” dictated by the privy council.

These included a wide range of measures from lighting bonfires to cleanse the air and rounding up stray dogs to stringently inspecting markets for unsound food. Public gatherings were discouraged. Perhaps the most controversial and the most feared measure, however, was the practice of shutting up.

Shutting up was difficult to enforce and people were motivated to evade it. Many families rapidly fell into poverty

The plague orders decreed a town should appoint “searchers” whose job it was to search out cases of plague. They would know the symptoms of the disease to look for and anyone with these “tokens” (as the English called them) would be taken to a pest house.

Their home – and everyone inside it – would be “shut up” for 40 days to make sure they could not spread the plague further. The family would be brought food and water while watchmen ensured they did not escape. Depending on the household’s level of income, the parish might have provided the food out of the poor rates or the family might have had to pay for it themselves.

On the surface this doesn’t sound totally unreasonable and it might have potentially limited the spread of some diseases. Unfortunately in the case of plague the disease travelled with fleas and rats who could not be quarantined. But during very serious epidemics shutting up became very problematic.

Shutting up was difficult to enforce and people were motivated to evade it. Many families rapidly fell into poverty. Unable to work, they used up any financial reserves they had and became dependent upon the parish. Because being involuntarily confined to the house carried this threat of financial disaster, those who had any resources might bribe searchers not to declare a case of plague or watchers to allow the house to be opened before the 40 days had finished.

As more people became infected, there were fewer to deliver the required food, water and medicines and to stand watch over shut-up houses. Inadequate pest houses soon filled and some people were shut up in houses with a sick person who could not be removed to hospital. Servants and relatives who were not already sick were now even more likely to catch the disease. Those who could not bribe their way around the watchmen, found other ways to escape by breaking into adjacent buildings or using cover of darkness.

The narrator in Daniel Defoe’s fictional A Journal of the Plague Year expressed what many no doubt felt, that shutting up was “very hard and cruel”. But did it work? While it is impossible to compare historical death rates with precision, it seems that places where the practice was not used (such as the Netherlands) had similar death rates to England.