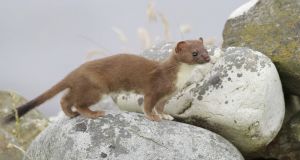 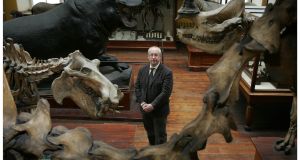 Maybe over your Christmas holidays you wandered into a museum. Let’s just say it was a natural history museum. As you walked around, you might have been overwhelmed by the abundance of exhibits and mothball perfume. In Dublin, there are at least 10,000 items on display.

Everything, as Nigel Monaghan says, “from ants to aardvarks to zebras”. My personal favourites in the Dublin Natural History Museum, where Monaghan is the keeper, are the pangolins. They are related to anteaters and I had never heard of them before I saw them there.

Other specimens are fascinating for the history and stories behind them, like the trophy heads collected during British imperial expansion and the migratory birds gathered after they fatally collided with Irish lighthouses.

But providing weird and wonderful displays for the public is only a small part of what historical museums do. A museum is a place of living science, not just a place of preservation. Modern science needs historical collections and facilitating research is a crucial part of “keeping” a museum. Monaghan and his colleague Paolo Viscardi (assistant keeper with a focus on zoology) are enthusiastic about the scientific treasures they work to preserve.

Monaghan points to a creative study using the museum’s 17,000 bird skins (birds that have been “boned and rolled”, he explains). Researchers interested in pollution have been examining old bird specimens to see what kind of particles have been clinging to their feathers for the past 100 or so years.

More recent scientific methods allow researchers to make new findings from old material. For example, Monaghan’s own interest is in Irish ice age fauna. A research group that he has worked with has been using bones collected in Ireland (mostly in cave deposits) during the 19th and 20th centuries.

With radio carbon dating and DNA analysis it is now possible to be much more accurate about which species were here and when. For example, scientists now believe that red deer actually arrived in Ireland with people around 5,000 years ago. The deer provided useful antlers for tools as well as meat and hides.

Paolo Viscardi draws my attention to the research importance of some of the smallest organisms held by the museum. There is a lot of recent interest, for example, in a collection of parasitic wasps created in the middle of the 19th century by Alexander Haliday. He opens one of Haliday’s entomology cases to show me and it’s fair to say they are bit less charismatic than pangolins.

Some of them are, as Viscardi says, “the size of a full stop”. Parasitic wasps “can be quite useful pest control agents” because different species of the wasps lay their eggs on those of another species of insect thus reducing its population without the need for pesticide.

Thanks to Haliday’s enthusiasm, probably not driven by an interest in organic agriculture, the Dublin museum has around 1,000 type specimens of parasitic wasps and researchers working on the group are keen to access them. This has meant painstaking efforts by the team in Dublin to rehouse the specimens in modern storage to prevent loss or damage.

Gluing tiny wasps to cards, as Haliday did, is no longer advised. Other collections of tiny organisms include thousands of nematodes (roundworms), many of which are type specimens. Many of these nematodes, Viscardi explains, came from an Irish bog and give information about soil health. While I am chatting with him Viscardi receives an email inquiry about the museum’s collection of stoats. They are of interest because Irish stoats are stoatally different (sorry) than British varieties: they don’t change their coat in the winter.

There is something reassuring about the way that the Dead Zoo doesn’t change much. I can return and find my pangolins any day I like. But behind the scenes our natural history museums are full of evidence of change.

Pangolins, for example, are under threat from poaching and might one day exist only in museum collections. The story of the changing natural world, and our role in that change, will continue to be the most important scientific story of the future.