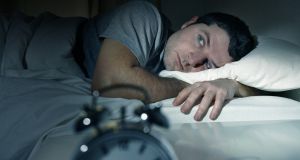 More than just sleep, when awake we should set time aside to rest our minds and bodies

We’ve heard a lot about the importance of getting enough good quality sleep in the past few years but what about rest. In a time when people wear busyness as a badge of honour, are we missing out on opportunities to rest our minds and bodies? And what exactly constitutes rest? Is it different for each person and how can you work out what you find most restful?

In The Art of Rest: How to Find Respite in the Modern Age (Canongate), psychology professor at the University of Sussex and BBC Radio 4 presenter Claudia Hammond trawls through the psychological research while analysing the top 10 ways to rest.

Her findings stem from the Rest Test, the largest global survey into the topic to date which she collaborated on with researchers from Durham University in the UK. It was completed by 18,000 people in 135 different countries in 2016. Participants were recruited through the BBC programmes, All in the Mind and Health Check, presented by Hammond.

She builds a kind of manifesto for rest as she believes many people feel guilty or anxious about taking a rest – even if they yearn for it. She suggests we suffer from a rest deficit. “We need to rest more. And to rest better. Resting is good not just for wellbeing but for productivity,” she writes. And, she advises people to give themselves permission to rest and re-frame their wasted time as rest, stop fetishising busyness and schedule periods of downtime into their week.

Two-thirds of respondents said they weren’t getting enough rest and younger people working either shifts or traditional full-time jobs felt they rested the least. Of course, ever-present smartphones with their insistent pings and addictive social media apps deter a lot of people from resting their minds. Yet there is increasing evidence that spending time relaxing helps us to make better decisions, lowers risk of depression, boosts memories and immune systems.

So, how do you work out which activities you find most restful? First off, it’s important to realise many people find physical exertion restful, either while doing it or afterwards. This can be anything from playing football to swimming, running, hiking or doing a gym class. Others find meditative forms of exercise such as yoga or tai chi more restful. And interestingly, respondents who did more exercise also believed that they got more rest.

In the survey, having a good walk came in as the sixth most popular way to rest. Hammond speaks about how philosophers, writers and composers through the centuries have all extolled the virtues of walking. Researchers at Stanford University found that walking – particularly walking outdoors – helps increase creativity. Yet researchers at Duke University found that while people who tracked their steps walked further, they enjoyed their walk less.

Walking with others also increases our empathy and co-operation. So much so that some suggest conflict resolution talks should be carried out when walking not sitting around a table. And as researchers find that micro-walks of five minutes every hour are more beneficial than 30 minutes at the beginning of the day, office workers could consider walking as a rest from sitting down.

Interestingly, the top five of the most popular forms of resting are things people often do on their own. One researcher worked out that on average we spend about 29 per cent of our waking time alone. So, perhaps there are greater opportunities for rest than many realise. Hammond suggests we experience the restfulness of being alone more as we get older.

And while daydreaming fosters creativity, so too can spending time alone as many writers and artists will testify. There has even been a call for business leaders to spend more time alone to help them come to the right ethical decisions.

Readers may be surprised to see watching television come in as the ninth most restful thing to do. Hammond says that historically negative attitudes towards watching TV as a passive, lazy activity should now be reconsidered given its role in combating loneliness.

Researchers have found that if people are in a bad mood in the afternoon, a few hours of watching television later on left them feeling much better by the end of the evening. “Like reading, watching TV improves empathy and makes us better at seeing things from other people’s points of view. A couple of hours can certainly help you relax but five hours of TV a day is almost certainly too much,” she writes.

Hammond says she was surprised that spending time with friends and family didn’t make it into the top 10 most restful things. It came in at number 12. Gardening and spending time with pets didn’t make it into the top 10 either – though Hammond says people she meets mention them a lot. And she acknowledges enforced rest – through unemployment or illness – can often result in restlessness rather than restfulness.

And, when asked what she finds most restful herself? Her answer is gardening – although she also loves walking and having regular hot baths. “Gardening allows my mind to switch off like no other activity. I get to spend time in the open air and to feel the soil between my fingers and – sometimes – the sun on my back,” she says. Hammond also suggests, in this noisy world many of us live in, the sound that can be most restful of all is silence.

According to The Rest Test global survey the most popular ways people rest are:

1) Reading: The unconscious ability to speed up and slow down the pace of our reading, to linger over the good bits or skip over the dull passages helps to make reading so absorbing and relaxing, according to Claudia Hammond. And, like music, it’s all about reading what you enjoy most.

3) Being alone: Even extroverts rated time spent alone as more restful than time spent with other people even if they were less drawn to solitude than introverts.

4) Listening to music: The key to this is being able to select the music you listen to. Teenagers are best at using music successfully to improve their moods availing of a wider variety of music.

5) Doing nothing in particular: 10 per cent of respondents said they find rest of any kind so difficult as it made them feel guilty. With the so-called attention economy drawing us in 24/7, maybe simply lying on the couch after a busy day is more important than you think.

6) Having a good walk: 38 per cent of respondents selected walking as one of their top three restful activities. Another 16 per cent choose exercise and eight per cent said that running is restful.

7) Enjoying a hot bath: The benefits of bathing go back to Ancient Rome where public baths were a popular form of relaxation. Nowadays, hot baths are more of a private pleasure, except of course in luxurious spas. A hot bath an hour or two before bedtime lowers body temperature to induce sleepiness.

8) Daydreaming: Scientists often use the term mind wandering rather than day dreaming, describing it as the brain’s natural state. Often maligned (especially by teachers) daydreaming is now considered important for creativity, problem-solving and planning.

10) Mindfulness: It gives people an opportunity to quieten their minds and relax their bodies but perhaps its benefit also lies in the decision to put uninterrupted time aside for rest.