Are food allergies another branch of clean-eating hokum? 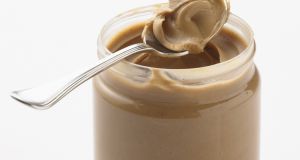 The emerging threat of peanut allergy.

As those of you with school-age children settle down again into the routine of packed lunches you will be well aware of the list of foods your child cannot bring to school. Crisps, fizzy drinks and sweets are banned to encourage healthy eating. The next most likely banned food is nuts due to the increasing prevalence of food allergies.

Or perhaps your child has a food allergy and you are anxiously preparing her lunch in the hopes that she will eat what she has been given and accept no offers of potentially allergenic foods from classmates. If you are lucky not to suffer from food allergies you may be tempted to wonder is all this talk of gluten-free diets and allergy to nuts just another branch of clean eating hokum?

My school lunch diet in the 1980s was almost exclusively peanut butter sandwiches and I hardly recall meeting anyone with a food allergy until I was an adult. This is not because food allergies are make believe, though.

In Matthew Smith’s fascinating recent book – Another person’s poison: a history of food allergy – he argues that our contemporary understanding of food allergy emerged around the turn of the 20th century and slowly became an accepted branch of scientific medicine. Over the second half of the century, for a combination of reasons not fully understood, certain food allergies have become much more common.

One example is peanut allergy. We are all familiar with the terrifying extreme of anaphylaxis which can lead to death if not immediately treated. In fact anaphylaxis due to eating peanuts is a relatively new condition that, according to Smith, probably appeared around the 1970s. If you don’t recall knowing peanut allergy sufferers in your childhood it is probably because there weren’t any. Or at least none that anyone was worried enough about to ban peanuts in schools or even peanuts from the sufferer’s own diet.

My search of the Irish Newspaper Archive found little evidence of concern with peanut allergy before the early 1990s.

In 1984, for example, a doctor’s column in the Connacht Tribune reported on a “very unusual patient” who suffered from eczema and allergies and had a “hypersensitivity” reaction to peanuts that was exacerbated by consumption of aspirin. He suffered anaphylaxis and was revived in hospital.

The lack of knowledge around the allergy and its seriousness is suggested by the fact that the child was known to react to peanuts but had eaten cake that contained peanuts. The column did not suggest the child should never again eat peanuts but that he should avoid eating them at the same time as aspirin.

The doctor could probably make no more stringent a recommendation because food labels did not necessarily contain all ingredients in the foods. Even a conscientious parent would have had a very hard time keeping their child from consuming trace amounts of peanuts in a huge variety of products that were not labelled as containing them.

Little had changed almost a decade later. In 1993 a student at an English boarding school died of anaphylaxis after eating a biscuit that contained peanuts. She knew she was allergic to peanuts but apparently did not know that the biscuit contained them. The Irish Independent offered this useful advice to readers with food sensitivities: “Among foods known to be high risk to sufferers are cakes, pastries, cereal, peanuts, eggs, cheese and milk.”

A short list of things to avoid! In 1994 Marks & Spencer’s began labelling their products as containing nuts but other food producers did not immediately follow suit. In the same year an Irish branch of the Anaphylaxis Campaign was launched to raise awareness and promote better food labelling for severe food allergies. Today we would be shocked to hear of a company putting peanuts or peanut oil into a product without listing it in the ingredients and flagging it as an allergen.

New science legitimised the medical idea of food allergy, especially when the IgE antibody was discovered in 1967. (IgE is implicated in severe allergic reactions to food leading to anaphylaxis.). Yet there is a wide range of reactions to food that are called allergic and remain controversial. While we must try to separate food fads from health concerns, the rise of the peanut allergy suggests that there are other serious allergies out there that we cannot yet explain.