What’s that crawling out of the lab? 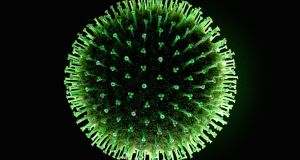 The dreaded flu virus: what are the risks of producing a lethal strain in the laboratory?

Is there ever science that should not be done? Many scientists struggle with the idea of researchers being told not to do certain experiments. Natural curiosity should be pursued, because you never know what breakthroughs may come. That’s often how science works.

But what about mutating viruses to make them more deadly? Some readers may be surprised to learn that scientists engineer deadly viruses like anthrax, flu and smallpox to make them more lethal. That mistakes to happen. And engineered viruses could cause a disease outbreak.

Such worries came into focus in 2012, when scientists tweaked the flu virus to make it easier to spread in mammals. There were concerns that this could be used to grow up a lethal flu strain and US government put a temporary ban on all such research in 2014. A new policy lifted the ban earlier this year on “gain-of-function studies”; so-called because it boosts the deadliness of viruses. Should this research be stopped?

There is “concern that parties with sinister intentions will hijack the technology and essentially propagate it as a weapon of bioterrorism”, says Dr Cillian De Gascun, medical virologist at the National Virus Reference Lab in University College Dublin. But the bigger risk is “accidental release or accidental infection”, he says.

We know mistakes happen. In 2014, a pharma company in Belgium released live polio virus into waterways. The 1918 flu epidemic killed an estimated 50 million people; a new avian H1N1 strain was responsible. “The H1N1 virus disappeared with emergence of the 1957 [H2N2] pandemic, then reappeared in 1977. “It’s re-emergence is now believed to been due to an accident release from a lab,” says de Gascun.

One prominent scientist who argues against making viruses more deadly is Prof Simon Wain-Hobson at the Institute Pasteur in France; he has worked on HIV for more than 25 years. The flu research community circled the wagons, he says, rejecting all criticism of the 2012 research. “I was called emotional, as if emotion was the best way to slander a scientist, because science should be data driven,” he recalls. “The flu community is about 300 people strong and not one person defaulted. It was outsiders who stood up to them and said the claims about new vaccines and drugs were just hot air.”

He argues that researchers need to ask themselves if they should be making the world a more dangerous place. The worry is that a killer virus is made and escapes, infecting millions. Even if unlikely, there is the potential for catastrophe. If such work killed just three people, it would be stopped, Wain-Hobson notes. “For a small number of research topics like making viruses more deadly, or more transmissible, scientists should not be the only ones to decide,” Wain-Hobson argues. In July, scientists recreated an extinct horsepox virus, a cousin of smallpox virus.

Others say scientist are ill suited to making these decisions alone. “They don’t have the background to look at the security questions, for instance, or the ethical and broader social angles,” says Dr Filippa Lentzos at King’s College London, who specialises in security and governance of emerging technologies. “There are all these other perspectives in evaluating risks and benefits to research. Others have to be at the table.” She is critical of the decision in the US to allow scientists to review and flag their own experiments.

Lentzos is not too worried about terrorists attacking us with MERS, SARS or flu though. “I don’t think the terrorist threat is where our main focus should be,” she says. “The threat is much more at the state level, so state-sponsored and resource rich groups.” Sprucing up the kill rate of a virus or how easily it infects people is not straightforward. De Gascun agrees: “It is doable, but it would have to have some nation-state support.”

“From a biosecurity perspective,” says Lentzos, “it’s the insider threat that we should be aware of.” She points to the anthrax attacks after 9/11. This ignited concern about terrorists using microbes and injected yet more funding into research on deadly germs. “The perpetrator was a US military defence programme insider, who was worried about his programme’s budget,” says Lentzos. She argues that accidents and rogue operators are the real danger from this “gain of function” research.

Still, de Gascun believes that the research into more lethal viruses can be carried out safely and it can yield benefits. He runs the WHO national influenza centre for Ireland that tracks the flu viruses as it mutates, so that the vaccine for the following season can better fit any new strains. “The 2012 papers, from my perspective, had useful information. If you have a mechanism in place that shows what kind of mutations you should be looking out for, that is really helpful,” he explains.

Many viruses, including flu, are shape shifters, constantly changing their proteins; occasionally, they undergo dramatic changes that evade the body’s defences and can cause local or global outbreaks. The virologists say this is what their research can help predict. But should it be up to them to decide? For now the research has largely flown under the public radar, and there has been little real debate. Who should even act?

“Last year I would have said the Americans are likely to lead, but people have left the NIH in the past year and the CDC [Centre of Disease Control] head is a political appointee, with budget reductions for the CDC apparently imminent,” de Gascun notes. “We’d need to look to international bodies like the World Health Organisation. ”

This summer scientists repaired a gene in human embryos to repair a serious disease-causing mutation. Okay. Scientists can gene edit embryos. But should they?

Many researchers who work on gene editing see no reason to do so. There is a longstanding scientific view that changing the germline (sperm, eggs, embryos) is far more questionable than changing ordinary body cells.

“Advocates of germline gene modification invariably assert that this will only be used for therapeutic purposes, not for enhancement purposes. They can’t know this as they do not control the future,” says Françoise Baylis, a leading bioethicist at Dalhousie University, Canada.

“Second, advocates assume that all will be well with this technological intervention and they weigh this potential benefit – as if it is “for sure” – against the harms of children born with illness. But this harm does not really exist, as such children need not be born,” she adds.

She points out that a safe alternative to germline gene editing is to use pre-implantation genetic diagnosis to identify “healthy” embryos for transfer instead of genetically manipulating “unhealthy” embryos hoping to make them “healthy.”

Finally, genetic modifications to germ cells can be inherited by future generations. “I have argued consistently that if we are to make such heritable modifications, decision-making should be shared. I believe that it is important for there to be broad societal consensus,” she says.

It also raises the prospects of eugenics: attempts to improve embryos in ways that could pass down generations and perhaps have parents seek to enhance their children in this way.