Placebo and nocebo – a psychological mystery 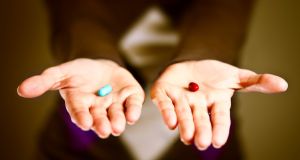 The phone rings. An otherworldly voice on the line says “You will die in one week”. Click. Could you actually die if someone tells you that you will?

Patient cases, medical reports and research carried out over the past 50 years say that yes, that might very well happen. And if it does, it will not be due to little Japanese girls coming out of the telly: more than likely, it will be your own mind that kills you.

Most of us have heard about the placebo effect: you get a little sugar pill and a doctor with a big car salesman smile tells you that it’ll cure all your sorrows and make you feel great. Lo and behold, you take it and feel the best ever, even though there is no way the pill is having any effect inside you.

The placebo effect does not work solely on weak minds easily controlled by Jedi doctors: it has been extensively studied and shown to affect all sorts of people from all walks of life, regardless of age, sex and education. In spite of all the research, however, scientists can’t quite figure out how it works, only that it points to our minds having the power to control what happens in our body, at least to a certain extent. “I think that placebo is probably the most fascinating thing in psychology,” says Dr Frank Doyle, senior lecturer in psychology at the Royal College of Surgeons in Ireland.

The placebo effect also has an evil twin, known as the nocebo effect. “I would describe the nocebo effect as the experience of negative symptoms after exposure to an inert substance,” says Dr Doyle. Yes, you guessed it: this time you get the sugar pill together with an ominous promise of pain, suffering and thunderous constipation, and your worst fears come true.

Surely this can only be a myth. Well, it isn’t. There are a number of well-documented cases of patients that literally worried themselves sick. Although most studies focus on pain, the nocebo effect has also worsened symptoms of lactose intolerance, allergy, Parkinson’s disease, post-traumatic stress disorder and side effects of vaccines.

In a 2007 study, 120 patients with prostate disease were given treatment with the drug finasteride. Half of the patients were told the treatment might cause erectile dysfunction, while the others were not told about this possible side effect of the drug. Six months later, 44 per cent of the patients in the first group reported erectile dysfunction, while only 15 percent reported such adverse effects in the second group. This in spite of all patients receiving exactly the same treatment.

Jo Ballot, clinical research manager at Cancer Trials Ireland, says she is only vaguely aware of the nocebo effect in the patients she deals with. “It’s not something we would come across or even take into account in the clinical scenario,” she says. “It doesn’t in any way impact in my dealings with patients or how they report adverse events, I have to say.”

Ms Ballot is aware of reports of nocebo effects in other fields. “I wonder if oncology is slightly different,” she says. “With our patients there’s always the potential … of side effects.”

The nocebo effect can also result in more extreme consequences. A 26-year-old patient participating in a clinical trial testing the effect of a new antidepressant tried to commit suicide by ingesting 29 of the pills he was given. He immediately suffered a dramatic drop in blood pressure and required intravenous fluids to prevent him from falling into a coma.

Trouble was, the 29 pills he had taken were placebo, which is normally used as control in clinical trials. There was no way that the placebo could have caused those symptoms, and indeed, as soon as doctors told him just what he had taken, the patient’s blood pressure returned swiftly to normal.

“It’s very difficult to say what the differences are between placebo and nocebo: if you had a hyperarousal effect on your subject and you didn’t want that, you’d call it a nocebo effect, but maybe if you’re studying for exams, you would want that. You could consider placebo and nocebo opposites, but they could actually be all of a one thing – the context depends on your interpretation of it,” says Dr Doyle.

Has someone actually died from thinking they would die? This phenomenon is known as voodoo death, in homage to mysterious priests from Caribbean cultures casting spells on their victims. The hexes have worked in many reported cases, killing the poor soul, but researchers believe this happens out of fear rather than black magic.

Still, a report from 1964 showed that a healthy young man died of an asthma attack “following his mother’s prophecy of ‘dire results’ if he went counter to her wishes”.

So what does this show us? Well, mostly that you’d better listen to your mam or else. But how can the promise of bad things generate those bad things from scratch?

The stress and fear of anticipating pain or suffering can make us sick. A surge of adrenaline in our blood makes our blood vessels squeeze and can cause cardiac arrhythmias, and even a vascular collapse that could result in death. Meanwhile, the stress hormone cortisol increases our blood pressure and decreases the function of our immune system.

The psychological mechanisms behind the placebo and nocebo effect might be very similar, Dr Doyle says. The nocebo effect appears to be stronger in women than in men, and is also more prominent in people with depression and anxiety disorders. In many cases, some symptoms of the nocebo effect – increased heart rate, difficulty breathing, sweating – are the same as those of anxiety.

Researchers point to conditioning as a large cause of this bad mojo, believing that bad expectations can generate adverse effects. If we expect something to cause bad symptoms, we immediately start looking for those symptoms to confirm our negative expectations. And we will probably find them.

This poses a tough ethical dilemma for doctors: should they mention adverse side effects of treatment to patients, making them more prone to suffering them, or is it better to keep the patients in the dark?

“I think this is really tricky,” Dr Doyle says, “because if you don’t say anything, you’re reducing the patient’s autonomy, [there’s no] fully informed consent or understanding of what you’re taking, but you’re less likely to have this nocebo effect.”

A good compromise, then, would be using careful, positive language, focusing on the optimistic side of things, and also becoming very good at handling patients’ anxiety. So the next time you panic when reading the endless list of side effects from the medicine you’re about to take, take hope: it might all be in your mind.