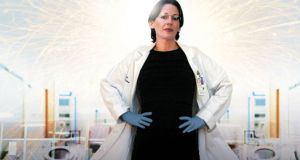 My attention was caught recently by two apparently unrelated news stories, one a March 2017 Eurostat report on EU demographics and the other a Higher Education Authority (HEA) report on unequal rates of promotion between men and women in our third-level educational institutions.

Eurostat reports the total EU population is at risk of serious shrinkage because European birth rates are so low. And the HEA report indirectly highlights, in my opinion, one reason why birth rates are so low – we have successfully encouraged women to participate equally with men in the workforce, but we are not supporting them.

People also live longer today than in the past so, as overall population numbers decline, the ratio of older to younger people increases sharply. This creates a problem because the shrinking proportion of taxpaying workers struggles both to keep the economy working and to provide services for the growing proportion of retired older people. The solution to this demographic problem is to grow population numbers and all feasible strategies to achieve this must involve boosting birth rates.

The recent HEA report shows women are significantly under-represented in senior academic positions in third-level education. The main university academic grades, going from junior to senior, are lecturer (L), senior lecturer (SL), associate professor (AP) and professor (P). Over the period 2014 to 2016, the average employment by gender in each of these grades was as follows (the first number within brackets is percentage of males, the second percentage of females): L (49, 51); SL (64, 36); AP (71, 29); P (79, 21).

Academic promotion is determined primarily by research productivity as measured by numbers of papers published, research grant income and numbers of postgraduate students supervised. These three activities are very time-consuming and labour-intensive and the academic promotion mechanism is fiercely competitive.

Most young women starting academic careers also aspire to start their own families and go on to have children. But, once a baby arrives, maternity leave takes the young female academic out of research for a year at a critically important point in her career and this is followed by ongoing care commitments to the growing child at home. Also, our culture still encourages many career women to act as primary care-givers at home and to shoulder the lion’s share of household chores. Since many young female academics will have more than one child, it is easy to see how they are handicapped relative to males in the academic promotion system when both are assessed by identical performance criteria.

The message has been sold successfully to women that they can have both successful careers and flourishing families. But, in reality this is extremely difficult because the system, both structurally and culturally, fails to provide practical support to working women. Understandably, immersing women in this pressure cooker of managing both career and children effectively persuades career women to bear fewer children than they otherwise would and this is surely one reason why birth rates are falling in the developed world.

Since it is (a) essential that women give birth to children to keep the human race going and (b) since it is also essential that women have access to the same range of careers and promotion prospects as men, it is therefore obvious that it is also essential to provide career women with all the support they need to thrive both in the workplace and in family life. In the academic world, for example, a formula must be devised for assessing performance to ensure that women are not handicapped in the promotion stakes because they must also devote time to having and raising children. And equally important, much more generous and flexible paternity leave must be given and availed of by male academics to foster a culture of shared responsibilities in family life.

William Reville is an emeritus professor of Biochemistry at UCC