So, why is everyone talking about water charges again?

Q and A: What exactly is the problem, and will it cause an election? 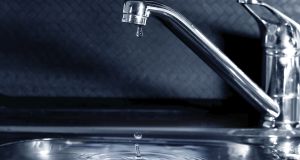 Why is everyone talking about water charges again?

The Oireachtas Committee on the Future Funding of Domestic Water Services is about to publish its report. As drafted, it recommends water services should be paid for through general taxation and says a penalty should be imposed on those who use 70 per cent more than the average person.

So what is the problem?

Fine Gael believes the report’s recommendations will breach European law and expose Ireland to fines which could amount to millions of euros. Their main concern is the absence of a stated charge for excessive usage of water.

Are they right about European law?

The party is citing the advice of Attorney General Máire Whelan, who is understood to believe the recommendation will defy an EU directive. However, this advice has been made available only to members of Cabinet.

The legal advice given to the committee by a senior counsel said the report is sufficient and it will be a matter for the Oireachtas to ensure the legislation is in compliance. Fresh legal opinion is now being sought on the entire report.

The committee has adjourned until next Tuesday to consider new legal advice and it is then scheduled to have a vote on the final report. In the meantime, however, it is expected Fianna Fáil and Fine Gael will attempt to find a solution to the issue over the weekend.

But if such a resolution does not emerge?

Fine Gael will not support the final report. The consequences of such a decision are not yet known. If Fine Gael refuses to facilitate legislation to implement the report’s recommendations, it will be a breach of the confidence and supply arrangement the party has with Fianna Fáil to allow it to function as a minority Government.

Will there be an election?

Unlikely. Nobody wants to go to the country over water charges. However, a breach of the confidence and supply agreement could be the start of a chain of events leading to the polling stations.