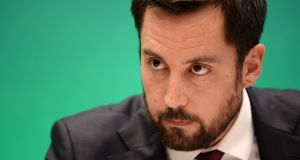 Measures to regulate short-term lettings and home-sharing sites appear to be “a cut and paste job” from regulations in other cities, Airbnb has said.

Minister for Housing Eoghan Murphy announced regulations for short-term lettings on Thursday that are due to come into force next June. Under the new restrictions, owners of buy-to-let properties will have to get planning permission from local councils if they want to use their second homes or apartments for short-term lets, for more than three months every year.

Councils will have the power to refuse permission to owners of such properties to use them for full-time, short-term lettings.

Mr Murphy said between 1,000 and 3,000 homes in the greater Dublin area, which are currently available for holiday lettings, could come back into the long-term rental market as a result of the measure. The aim is to “unlock stock”, he said.

Mr Murphy said in areas of high housing demand it will be unlikely permission will be given for landlords to use properties as short-term lets.

“Unless it’s your own home you can’t put it out for short-term letting,” he said.

Only owners of second properties will have to apply to councils for permission. Owner-occupiers will face no restrictions in letting individual rooms in their houses for short-term stays, but will only be able to let their entire homes for three months in a year.

The 90-day limit will apply over a calendar year for short-term bookings of two weeks or less at a time. In these cases, homeowners will have to inform their local authority the number of days, and specific periods, their home was let for at the end of each year.

Each local authority will maintain a register of properties being used for short-term lets, to help inform officials of the effect of the practice on the wider housing market.

In a statement, Airbnb said there is “no clear rationale for the rules being proposed”.

“There is no data to support a 90-night restriction on primary residences, which are by definition people’s homes, and not available on the long term rental market.

“Banning the use of secondary homes is also unlikely to significantly boost Ireland’s housing stock. This appears to be a cut and paste from regulations in other cities, without properly adapting them to the needs of Ireland’s residents and communities,” it said.

Airbnb said the restrictions go beyond protecting housing stock and instead “place new limits on those families who rely on Ireland’s tourism economy, which is already severely restricted in terms of capacity”.

The Green Party said the measures do not go far enough and do not address the “full issue” of short-term lettings. Adrian Cummins, head of the Restaurants Association of Ireland, welcomed the regulations, but said there was “a concern” that they would affect tourism, and increase hotel room prices.

Homeless charity Peter McVerry Trust welcomed the changes, which it said would have a small but positive impact.