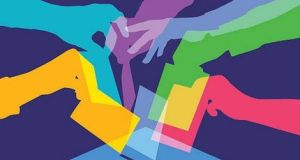 Éamon Ó Cuív has moved legislation, which is at committee stage, to allow islands to vote on the same day as the mainland. Photograph: Getty Images

Voting in the presidential election and blasphemy referendum will take place on 12 offshore islands on Thursday.

The total electorate for all 19 islands is 2601 voters, but this does not include names on the supplementary register. This is 10 less than the total number registered on islands for the referendum on the Eighth Amendment to the Constitution.

Fianna Fáil spokesman on regional development, Gaeltacht and the islands Éamon Ó Cuív said he was confident that this week’s vote would mark the “last time” that islanders would not vote on the same day as the rest of the State.

“As a consequence of transport difficulties and the impact of adverse weather on these services, islanders have historically cast their vote up to three days ahead of the general populace.

“However, we have improved transport services, and therefore this is no longer a valid reason for non-polling day voting,” he said, describing it as “very unfair ” to the island electorate, particularly students and fishing crews.

“Many islanders either study or work on the mainland but live on the island and like others nationwide they like to return to the island to vote, ” Mr Ó Cuív said.

Amendments have been tabled at committee level, he said, and he anticipated cross-party agreement to proceed with the remaining stages of his Bill in the Dáil.“I also anticipate that it will be moved swiftly through Seanad Éireann.”