Medical examinations for abortion services possible by telemedicine and videoconferencing 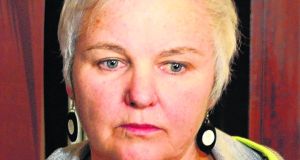 Bríd Smith: she said the new Bill applied to tenants in “rent-a-room” arrangements

A ban on evictions of tenants for the duration of the Covid-19 crisis has been expanded to include all tenancies in the State, including those not covered by the Residential Tenancies Act.

It was proposed by Solidarity People Before Profit, and party spokeswoman Bríd Smith said that as it included all evictions that also met those tenants in “rent-a-room” arrangements.

The measure includes all local authority and approved housing body units, and specifically protects Travellers from eviction, “except where movement is required to ameliorate hardship and provide protection and subject to consultation with the Travellers involved”.

It was one of 86 amendments discussed in the marathon debate on the emergency Bill covering wide-ranging measures from six Government departments – Health, Housing, Justice, Defence, Social Protection and Finance.

The Provisions of the Emergency Measures in the Public Interest (Covid-19) Bill, which would normally take months to debate and enact, will give the Government emergency powers to deal with the pandemic and mitigate economic collapse.

It includes a rent freeze for tenants as well as evictions, and a pause in any notice to quit already issued.

The Bill includes the €3.7 billion temporary income support scheme that runs for 12 weeks and will be operated by the Revenue Commissioners. In the package the Government will contribute to wage costs, with a weekly subsidy to be passed on to employees.

Workers who have already lost their jobs and those claiming the Covid-19 illness benefit will receive an enhanced Covid-19 pandemic unemployment payment of €350 a week.

It also provides for a simplified registration process for retired health professionals, and will allow for the re-enlistment of former members of the Permanent Defence Forces.

The legislation has to be passed by the weekend because of the Seanad elections next week as a new Upper House cannot sit until a new administration is formed. Legislation cannot be passed without Seanad perusal.

The emergency period is for three months once the Bill becomes law, but it may be extended by government if deemed necessary.

During debate on the legislation the House passed amendments from former Defence Forces member and doctor Cathal Berry and Independent TD Denis Naughten that if reservists were called up during the crisis they should be guaranteed that they retain their civilian jobs.

Dr Berry said very fine words had been said about the Defence Forces, and this was a “tangible and practical” step for them.

Minister of State for Defence Paul Kehoe said there was no plan for a general call-up of reservists, but Dr Berry said that two months ago they would not have said there would be a pandemic.

A number of amendments on abortion services were ruled out of order. Sinn Féin health spokeswoman Louise O’Reilly and Ms Smith expressed concern about women during the Covid-19 crisis having to attend doctors and wait three days before a termination was considered.

Minister for Health Simon Harris said he was equally concerned that women should be able to avail of these services during the pandemic, and he said the legislation relating to terminations did not prescribe how examinations were conducted.

He said it referred to “having examined” and that could include by telemedicine or by videoconferencing, and that would protect women during the crisis.