Geoffrey Shannon called for cybercrime and pornography agreements ratification in 2014 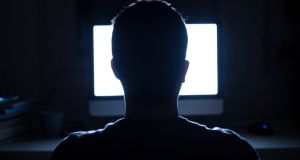 The Government has failed to ratify two international conventions on child protection four years after the special rapporteur called for the State to do so and more than a decade after they were signed.

Fianna Fáil justice spokesman Jim O’Callaghan said the State signed the Budapest Convention on cybercrime in 2001 and the Lanzarote Convention on the Protection of Children against Sexual Exploitation and Sexual Abuse in 2007.

Minister for Justice Charlie Flanagan said much work had been done on the conventions and that “the vast majority of the provisions in the cybercrime convention are provided for in Irish law”.

And the Government legislative programme makes provision for the drafting of a new cybercrime Bill to give effect to those remaining provisions of the convention, not already provided for in domestic law.

He added that the Criminal Justice (Sexual Offences) Act passed in 2017 relating to sexual exploitation including child pornography “ensures the State’s compliance with criminal law provisions in the convention”.

But Mr O’Callaghan said he could not accept that and the Minister could not give an indication as to when there would be “full ratification of this crucial legislation”.

He said the special rapporteur on the protection of children Dr Geoffrey Shannon “expressly” brought the issue to the attention of the Government in 2014 and said that in order to ensure the highest standards of protection for children and the highest level of international co-operation in this area “it is imperative that both conventions are signed without reservation”.

Partial implementation of the Budapest convention in domestic law was “not an answer to the plea” of the special rapporteur four years ago.

It stipulates that member states must criminalise the international act of “knowingly obtaining access through information and communication technologies to child pornography”.

The Fianna Fáil spokesman said the convention was intended to catch those who view child pornography online without downloading it and who therefore cannot be caught under the offence of procuring or possession in some jurisdictions.

He added that “we need to recognise that the creation of images of non-existent children contributes to the sexual objectification of children”. This was a complex area but could be dealt with under the Lanzarote convention, he said and Fine Gael had been in power since 2011.

Mr Flanagan said Mr O’Callaghan failed to acknowledge the progress that had been made.

The Minister said Mr O’Callaghan was “all too well aware of the pressures involved in drafting legislation”.

And he added that he was “committed to ensuring we will have the appropriate legislation to allow for formal ratifications at the very earliest opportunity”.