Plans for no-deal Brexit vary from department to department 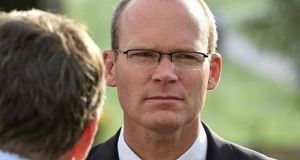 Tánaiste Simon Coveney: “All Government departments must give full priority to activating their plans for a no-deal or disorderly Brexit”

Before Christmas, in the wake of Theresa May’s decision to postpone the Commons vote on the withdrawal treaty, Irish Government Ministers were told that their priority should be planning for a no-deal Brexit.

Writing in The Irish Times in December, Tánaiste and Minister for Foreign Affairs Simon Coveney said that no-deal planning “will be the priority” of every Minister and secretary general.

“All Government departments must give full priority to activating their plans for a no-deal or disorderly Brexit,” Mr Coveney wrote.

Insiders cited the Department of Health approvingly, where discussions with pharma companies and suppliers on maintaining supplies of drugs long preceded Coveney’s instruction.

The Department of Foreign Affairs has been liaising with the British government on the common travel area, and has an agreement almost ready to be signed.

The Department of Enterprise has been closely involved with industry, and ran a series of events last year.

A central co-ordinating group recognised difficulties in specific areas last autumn. Chief among them was in the Department of Transport.

The Minister at the department, Shane Ross, was widely criticised across Government for his performance at a press briefing on Tuesday, but insiders were critical of his department’s performance for months before that. “All over the place” is a frequent description of Brexit preparations there.

Robert Watt, secretary general of the Department of Public Expenditure and one of the biggest beasts of the civil service jungle, was drafted in, and tasked with co-ordinating infrastructure requirements.

Expansion of port facilities and new facilities at airports have since been identified, though little physical changes have been made at this stage. But other aspects of the preparations under the auspices of the Department of Transport have been sharply criticised by those familiar with the plans and also by those affected by them.

One senior Government source says that most of the problems have been addressed, but the “landbridge” – the journey across Britain taken by Irish hauliers on their way to the continent –- remains a major uncertainty.

Unusually, the hauliers’ organisation was willing to criticise Ross directly.

“The Minister for Transport has no engagement,” said Verona Murphy, president of the Irish Road Haulage Association. “He has no interest in what we have to say. Everything is going to be an emergency measure now.”

However, a spokeswoman for the Minister said he has always had the interest of the sector and IRHA members to the forefront.

“His officials have engaged with the industry regularly and at length on issues affecting them including the likely effects of Brexit,” she said.

“As a result of this engagement, the Minister and his Department have been informed of the priorities of the industry. This Government has secured an EU commission proposal for the continued connectivity arrangements for road haulage operators, preventing the industry coming to a standstill in the event of a no deal Brexit.”

John McGrane, head of the British-Irish Chamber of Commerce, said he understood the reluctance politically to make no-deal preparations last year because the Government did not want to be seen to invite the possibility of a no-deal outcome.

He said most large businesses, especially in highly regulated areas like finance and pharmaceuticals, have been making their own no-deal preparations. However, smaller business, such as agricultural and food suppliers, would be at the mercy of events.

Outside Government departments and State agencies, concern has been expressed in the private sector at the lack of joined-up thinking to plan for a no-deal Brexit, and the reluctance of officials to sanction large-scale expenditure to prepare for an event that might not happen.

“Civil servants are afraid to make a decision to recommend any expenditure to be delivered in case they end up at the Public Accounts Committee over it,” said one senior manager overseeing a key piece of State infrastructure that will be affected by Brexit.

Across the Government there is a quiet admission that no-deal preparations in many areas are not as advanced as Ministers assert. Sources say there are good reasons for that. But they don’t seriously contest it. “In fairness, it’s hard to prepare when we have no idea what the Brits are going to do,” says one official.

As of this week the Government is no nearer to knowing that.