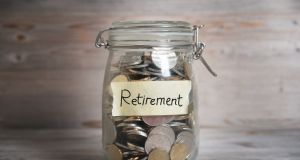 The Government has warned the Irish pensions system is facing a number of ‘very serious demographic, adequacy and sustainability challenges’. Photograph: iStock

Billions of euro may be needed in the near future to support and maintain the State’s pension fund as Irish people continue to grow older and live longer, the Dáil Public Accounts Committee (PAC) has heard.

Secretary General of the Department of Employment Affairs and Social Protection John McKeon told the meeting the State’s Social Insurance Fund was projected to suffer “significant annual deficits” in the coming decades with billions needed to prop up the scheme as increasing numbers retire and reach pension age.

While the fund is projected to have a surplus value of €2.8 billion by the end of 2018, Mr McKeon warned that the fund had run deficits in six out of 10 of the past years and that “during the great recession”, the total value of deficits amounted to €11 billion.

“For this reason, given the projected increases in the numbers of older people and increasing life expectancy, the actuarial review projects significant annual deficits in the future,” he said.

Thursday’s Dáil committee meeting examined the results of the latest actuarial review into the Social Insurance Fund which is conducted every five years to project the “likely evolution” of social insurance funding based on a “defined set of assumptions”.

In July, the Government warned the Irish pensions system was facing a number of “very serious demographic, adequacy and sustainability challenges” and that the Social Insurance Fund was forecast to accumulate a potential deficit of up to €335 billion over the next fifty years.

In its National Risk Assessment, the Government estimated that the number of people at State pension age and older would more than double from 586,000 in 2015 to 1,402,000 by 2055. It also warned that Ireland had a very low level of private pension coverage.

Comptroller and Auditor General Séamus McCarthy underlined to the PAC that the actuarial review was “a valuable exercise as it enables informed discussion about the expected long-term implications of current decision making”.

Pay as you go

Mr McKeon noted that unlike private pension funds, the Social Insurance Fund does not operate on a prefunded basis whereby contributions made today would be invested to fund future disbursements. The fund operates on a ‘pay as you go’ basis with current year expenditure funded by current year revenues, he said, adding that deficits are funded by an Exchequer subvention paid form a central fund.

The Social Insurance Fund was set up to provide security to people currently in employment but who will experience periods out of employment including people in retirement, on illness leave and on maternity leave.

Most employers and employees over the age of 16 and under 66 pay PRSI (pay related social insurance) contributions into the fund and for this employees receive benefits for the periods they spend out of employment. The fund expenditure policy is set by the Minister for Social Protection and Minister for Public Expenditure and Reform.