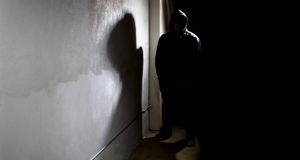 Concerns have been expressed that disclosures of the location of convicted sex offenders after their release from prison will drive offenders “under the radar,” an Oireachtas committee on justice heard.

Representatives from the Probation Service and the Rape Crisis Network Ireland (RCNI) both said they had “concerns” over plans to disclose the locations of sex offenders.

Ms Counihan said she would have “huge concerns” over the handling of disclosures by authorities, and how much and to whom information would be provided to in local communities.

Vivian Geiran, director of the Probation Service, said he shared the concerns over notification. Sex offenders being “driven underground” post release from prison was a “serious issue” the service faced, he said.

Previous sex offenders posed a bigger threat when authorities and probation services did not know their locations, he said.

Fianna Fáil justice spokesman Jim O’Callaghan said the issue was a “very complex and complicated area” to legislate for. The legislation would allow for electronic tagging of sexual offenders, and for orders restricting travel to foreign countries, if there is a suspicion the individual planned to engage in child sex tourism.

Mr Geiran said the two pieces of legislation would be “very significant updates” to the probation services current legal framework.

However, he said there was “no silver bullet” such as electronic monitoring, when it came to preventing sexual offenders reoffending. Efforts to tackle repeat offending had to be couched in a “whole systematic approach,” aimed at rehabilitating the offender, he said.

Ita Burke, deputy director of the Probation Service, said managing sexual offenders through electronic monitoring was not as simple as “putting on a tag and walking away.”

Dr Margaret Fitzgerald-O’Reilly, a law lecturer in the University of Limerick, told the committee there were questions of the effectiveness of electronic monitoring of sex offenders.

“The research tells us electronic monitoring is very costly, and there is a general consensus it is not cost effective,” she said. Evidence showed successful approaches to preventing sex offenders committing further crimes were based on reintegrating and reconnecting them to society, rather than isolating the individuals after their prison sentence.

Ms Counihan said the provisions would be “useful” for Irish authorities, even if it only had to be applied to one offender every five years.