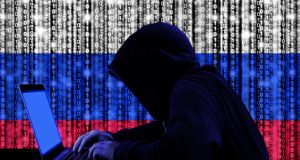 The EU, in response to Russian and other election interference, is discussing a directive to require such transparency. Photograph: iStock

Four out of five Irish voters (81 per cent) are concerned about election-time disinformation and misinformation online, a new poll has found.

Two-thirds (64 per cent) say they fear elections could be manipulated by cyberattacks, while three out of five (60 per cent) believe coverage could be adversely affected covertly by “foreign actors and criminal gangs”. Fifty-five per cent say they are concerned that votes may be bought or sold.

A special EU-wide Eurobarometer survey, Democracy and Elections, published on Monday, finds similarly high levels of concern about disinformation (73 per cent) throughout member states, at the misuse of personal data for electoral purposes (67 per cent) and at the lack of transparency on political party paid content online (81 per cent).

The poll sampled 1,001 respondents in Ireland in September. It has been timed ahead of next May’s European Parliament elections. A large majority of Irish respondents (86 per cent) say they want to see transparency of online social media and internet platforms in making clear differentiation between online ads and news, and about who is paying for the ads and how much.

They also want to know how much assistance online platforms give parties and campaign groups. The EU, in response to Russian and other election interference, is discussing a directive to require such transparency.

Respondents overwhelmingly demand (85 per cent) equal access of all parties to internet without favouritism or special preferential rates, and a right of reply online (86 per cent).

And Irish voters would like to see curbs on the publication of election-related polls – 85 per cent would want publication of opinion polls only if accompanied by sufficient technical data about how they are conducted.

And 83 per cent would impose online pre-election moratoriums or periods of silence on electioneering equivalent to those in other media (in Ireland broadcasters are required to observe 24 hours of silence).

The poll finds that 83 per cent of those surveyed in Ireland (70 per cent in the EU) believe European elections are “free and fair”.

Responding to questions about where they would prefer to vote when living abroad, 56 per cent of Irish respondents said “in the country they are residing in”, while 26 per cent preferred to vote in their country of origin.

Widespread snow and ice sees many roads impassable with frost on the way 12:39
Mental health supports being provided during pandemic by ‘well intentioned’ but untrained people 12:35
HSE outlines order of Covid-19 vaccination priority for healthcare staff 12:27
Covid-19: EU says it will make vaccine companies respect supply contracts 11:40
More than half in North want vote on a united Ireland, poll finds 10:36