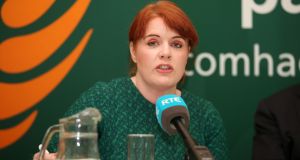 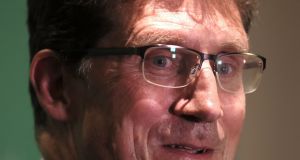 The duration of the loss of speaking rights for two Green Party TDs for failing to vote with the Government in the Dáil on Thursday, includes the Dáil recess period, party leader Eamon Ryan has confirmed

In a statement on Friday morning, the party said: “The Parliamentary Party of the Green Party met following the final vote last night.

“The group decided to sanction Deputy Neasa Hourigan and Minister of State Joe O’Brien for voting against the Government and abstaining. Both have had their speaking rights removed for two months.”

However, speaking at an event shortly afterwards Mr Ryan confirmed the suspension would include the Dáil recess meaning the TDs’ speaking rights would only be lost for two weeks.

Mr Ryan said he believed the sanction was sufficient.

However, he said failing to vote with the Government “weakens” Government.

He said he was “hopeful” and “confident” that message had been understood by his party members.

“Our own party knows that, our own members know that . . . I’ll be honest we’re looking forward for two weeks’ holidays. It has been a difficult six months for everyone.”

Mr Ryan said he was also confident his party would continue to work with his Coalition partners.

Mr Ryan was speaking at the opening of a new cycle bridge over the Royal Canal at Dublin’s North Strand.

Speaking at the same event, Minister for Finance Paschal Donohoe said the first few weeks of Government “could have gone better” but he was also confident about the future of the Coalition.

“I am very confident about the prospects of this Government. It is true to say over the last number of weeks we have had well documented difficulties.

“It is true to say after a very lengthy process of putting together a Government, which was in itself demanding as we have colleagues taking up really important jobs, there have been things over the last number of weeks that we do acknowledge could have gone better and could have been handled differently,” he said.

“But if I look at the way we are working together, if I look at the relations that are in place between the three parties, this will be a Government that will be bigger than the sum of its individual parts.”

Later on Friday, Taoiseach Micheál Martin said he had spoken to Mr Ryan and Tanaiste Leo Varadkar about the issue on Thursday night and they agreed that disciplinary matters were a matter for each individual party.

Ms Hourigan first voted against the Government, of which her party is a member, during four Opposition amendments to the Government’s Residential Tenancies and Valuation Bill, before voting against the legislation’s progression entirely.

Mr O Brien, the Minister of State for Community Development and Charities, also abstained on the last vote.

Ms Hourigan then resigned her position as Green Party whip, but said she wished to remain within the parliamentary party, adding that she had raised concerns about the legislation in a party meeting earlier this week.

In a statement Ms Hourigan said she voted the way she did “because I hold significant concerns as to the impact of the Government legislation on people living in precarious tenancies”.

She said the legislation did “not offer enough protection for renters on eviction due to sale, [which is] recognised as a driver of homelessness, nor does it sufficiently recognise the risks posed by the rent arrears accrued during the pandemic.

“While I accept that this stance may lead to negative repercussions for me personally, I wish to remain an active member of this Government and a Green Party parliamentarian.”

In a statement on Thursday evening Mr O’Brien said the issue of homelessness was “extremely important” for him.

“I’m elected in part to be a legislator in terms of preventing and reducing homelessness.” Mr O’Brien said while he knew his vote would not defeat the Bill he felt he had to signal that not enough time had been dedicated to the legislation.

The controversy marks the end of a difficult first month of Government for Fianna Fáil, Fine Gael and the Green Party. The Dáil is now due to go into recess for six weeks despite calls from Sinn Féin for a special sitting next week to discuss concerns in relation to airport checks on PUP recipients.