Hospital costs may delay but not cancel other projects, says Taoiseach 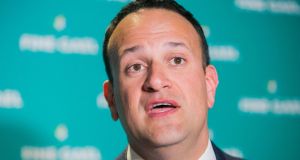 Capital projects may be delayed by a number of months because of health cost overruns but the Government does not envisage the cancellation of any project, the Taoiseach has said.

Leo Varadkar faced a barrage of criticism in the Dáil from opposition leaders over the spiralling costs of the new national children’s hospital which had almost tripled from €650 million to a potential €1.7 billion.

Labour leader Brendan Howlin said, “In my political career I have never seen a project so completely out of control in terms of cost. Even the expanded cost, which was originally €450 million but more realistically €650 million, is now likely to be three times that figure. How can that be?”

Meanwhile, the group developing the new national children’s hospital has said it is very disappointed at the soaring cost of the facility but said it would adopt a similar procurement process if starting again on a project of the same size and scale.

In a statement to the Oireachtas health committee ahead of a hearing on Wednesday, Tom Costello, the chairman of the National Paediatric Development Board, said he was satisfied the board and executive team had set about the task in a competent and professional manner.

He said they had put in place the most appropriate structures and processes based on best international practice.

Mr Costello also said a two-stage process for procurement of contractors had been adopted which allowed initial construction work to commence two years earlier than if traditional methods had been employed.

“The process of determining the costs of the various packages was fully interrogated, independent reviews were commissioned.”

In the Dáil, the Taoiseach told Social Democrats TD Catherine Murphy, “We anticipate it will mostly be achieved by postponing or delaying projects by two or three months rather than having to cancel any particular project but that has yet to be worked out.”

But Mr Varadkar said that “for the record, the decision to opt for the St James’s Hospital site was made when I was minister for transport”.

He added that the decision on tendering “was made when I was Minister for social protection. Planning permission was secured when I was minister for health.”

But he acknowledged that “I was a member of all of those Governments. Therefore, I accept collective responsibility for the decisions in question.”

Mr Varadkar said that when considering costs, “we should not forget the value of what we are building.

“This has the potential to totally transform the quality of paediatric care in Ireland, and not just for one or two years. This is a project that will last 100 years or more.”

A confidential report for Cabinet in December from Mr Harris, details of which were published in The Irish Times last month, indicated key health service investments including additional hospital beds, new emergency, cancer and cardiac facilities, primary care centres and long-term residential units could be shelved for up to five years due to the escalating cost of the new national children’s hospital.

Mr Harris told Ministers that, given the escalating costs, a series of planned healthcare projects “would have to be halted or significantly curtailed for up to five years to contribute towards the funding increase for the new children’s hospital project in 2019 within the existing capital plan allocation”.