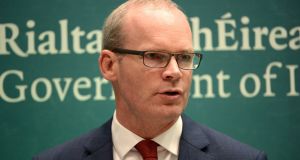 The Government has expressed its regret at the House of Commons vote to reject the EU Withdrawal Agreement which “increases the risk of a disorderly Brexit”.

In a statement released on Tuesday evening, the Government said “the outcome will add to uncertainty about the nature of the UK withdrawal from the EU”.

“The Withdrawal Agreement was concluded, following lengthy and detailed negotiations, as a fair and balanced compromise to a very complicated situation. The Irish Government continues to believe that ratification of this agreement is the best way to ensure an orderly withdrawal of the UK, which avoids a hard border and respects the single market and customs union, while also delivering on the UK’s objectives for withdrawal.

“The Irish Government recalls the clear position of the European Council at its meeting of December 13th when it stated that the Withdrawal Agreement is not open for renegotiation. This was restated in the joint letter from presidents [Donald] Tusk and [Jean-Claude] Juncker to prime minister May yesterday. Regrettably, the outcome of tonight’s vote increases the risk of a disorderly Brexit.

The statement concluded: “A disorderly Brexit is a bad outcome for everyone, not least in Northern Ireland. It is not too late to avoid this outcome and we call on the UK to set out how it proposes to resolve this impasse as a matter of urgency.”

Earlier, the Government announced it had agreed to group all Brexit legislation into one omnibus Bill as it outlined its contingency plans for a no-deal Brexit

It comes after the Cabinet held detailed discussions on its approach to legislation to mitigate some of the most damaging effects of a no-deal Brexit on the Irish economy.

The Government said that by grouping it into one Bill it will help speed up the process of the legislation becoming enacted.

The Bill, comprising 17 parts and known as the proposed Miscellaneous Provisions (Withdrawal of the United Kingdom from the European Union on 29 March 2019) Bill, is to focus on the broad themes of protecting Irish citizens and supporting the economy, enterprise and jobs.

Speaking after the Cabinet meeting, Tánaiste and Minister for Foreign Affairs Simon Coveney said: “While all eyes are on the House of Commons tonight, it is important the Government’s planning continues for all outcomes, including no deal.

“Today’s discussion at Cabinet took this work forward in the important areas of transport connectivity and medicines, with memos brought to Government by Minister [for Transport Shane] Ross and Minister [for Health Simon] Harris respectively.

“We also agreed an approach to no-deal Brexit legislation.

“Finally, I updated the Cabinet on developments with our Common Travel Area, which will continue in all circumstances.

“A no-deal Brexit will have a significant impact on Ireland, these measures being taken by the Government are designed to limit the damage.

“It remains our view that the only way to secure an orderly withdrawal is to ratify the Withdrawal Agreement.”

A statement issued by the Department of Foreign Affairs and Trade confirmed that both the Irish and British governments have committed to maintaining the Common Travel Area (CTA) arrangement between the two countries.

“Both governments have committed to undertaking all the work necessary, including through legislative provision, to ensure that the agreed CTA rights and privileges are protected.”

During Tuesday’s meeting, Minister for Health Simon Harris outlined preparations for the continuity of health services and supply of medical products in the event of a no-deal Brexit.

This work involves the Department of Health, the HSE, the Health Products Regulatory Authority (HPRA) and other agencies.

There are about 4,000 medicines marketed in Ireland, of which 60-70 per cent come through the UK.

The HSE and HPRA have said that the supply of a small number of these products may be vulnerable because of short shelf life, special storage and transportation requirements.

The statement added: “The HSE and HPRA are progressing contingency plans, including those involved in the supply of critical medicines, verifying contingency planning to date and, where necessary, identifying clinically appropriate alternatives to these small number of vulnerable products.”

Minister for Transport Shane Ross briefed the Government about potential implications for east-west transport with the UK in the event of a no-deal Brexit.

As part of the contingency plans, Mr Ross assessed the maritime capacity for direct sailings between Ireland and EU ports as a potential alternative for the trade that currently takes place from Irish ports through the UK land bridge.

The statement continued: “Based on consultations with the shipping sector and wider stakeholders, the Minister’s preliminary assessment is that sufficient capacity will be available on direct routes to continental ports from end March 2019, and should demand for further capacity arise, the shipping sector can respond quickly to meet such demands.” – Press Association