Government must do ‘a lot more’ for cervical cancer patients 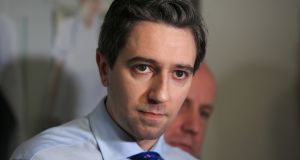 Minister for Health Simon Harris said more than 1,000 women who had cervical cancer had now signed up to a review of their slides by the Royal College of Obstetricians and Gynaecologists in the UK. File photograph: Gareth Chaney Collins

The Government has to do “a lot more” in relation to cervical cancer patients, the Minister for Health Simon Harris has said.

Mr Harris has also defended the Taoiseach Leo Varadkar after campaigner Vicky Phelan said he was very much “all talk and no action”.

Ms Phelan, who is suffering from terminal cancer, successfully sued a US laboratory that carried out a smear test which an audit found to be inaccurate three years later. It later emerged that more than 200 women were not informed of the audit which revised their earlier, negative smear tests.

“I wouldn’t have that same confidence in the Taoiseach, put it that way. He doesn’t inspire me with confidence,” Ms Phelan said.

“I think he is very much ‘all talk’ and ‘no action’, and I just don’t get [the] sense that he thinks this is as important as what it is really, when you consider half the population in the country are women, and every woman in this country has to have a smear.”

Mr Harris said Ms Phelan had been “an incredible advocate” who had brought about “so much positive change”.

“I do want to say though that as the line Minister and as the person in Government with responsibility for this, I’ve been directly interacting with patients quite a lot but I have at all times been doing it with the full support of the Taoiseach who has been very helpful and supportive as indeed the entire Cabinet has as we’ve tried to put in place a huge programme of work.”

Mr Harris said more than 1,000 women who had cervical cancer had now signed up to a review of their slides by the Royal College of Obstetricians and Gynaecologists in the UK.

“We will this month begin to see the transfer of slides to the Royal College for that work to be commenced,” he said.

“In relation to the specific review of the 221 [women], my understanding is that the HSE are reaching finalisation on that and that work will also be concluded this month in advance of a meeting that I’m scheduled to have with the 221+ group at the end of the month.”

The 221+ CervicalCheck Patient Support Group was set up last July to represent the women and families affected by the CervicalCheck controversy.