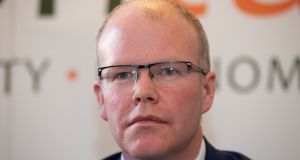 Peadar Tóibín’s departure from Sinn Féin and his subsequent establishment of all-Ireland party Aontú has changed the dynamic in this three-seater. Photograph: Tom Honan

If Peadar Tóibín hadn’t left Sinn Féin and set up his own party, Meath West would likely have been one of the most predictable constituencies in the country. A safe bet would have been a repeat of the 2016 general election result – one TD each for Fianna Fáil, Fine Gael and Sinn Féin.

But Tóibín’s departure from Sinn Féin in 2018 after continuing disagreement with the party’s policy position on abortion and his subsequent establishment of all-Ireland party Aontú has changed the dynamic in this three-seater.

Sinn Féin will try everything to unseat Tóibín and crush his new political party and has chosen Meath county councillor Johnny Guirke, from Oldcastle, as its candidate. Such is the level of effort being put in by Sinn Féin, Tóibín claimed party leader Mary Lou McDonald would end up with a Navan accent, given the amount of time she is spending in the constituency.

“They’d rather that neither of them won it than he won it,” said one local source, who said Sinn Féin was pursuing a “scorched earth” policy in Meath West. Yet the fact Tóibín’s sister Emer won a council seat in their Navan base at last year’s local elections shows that Aontú’s only TD will not be easily moved.

Outgoing Fianna Fáil TD Shane Cassells has been given a clear run by party bosses, and is Micheál Martin’s only candidate in Meath West, making it almost certain he will top the poll.

Fine Gael, in contrast, is running three candidates when it only has one outgoing TD. Senator Ray Butler was on the Fine Gael ticket but was deselected last year. Cllrs Noel French, based in Trim, and Sarah Reilly, from Kells, join Minister of State for Housing Damien English on the party slate, although English will likely be the only Fine Gael TD sent to the 33rd Dáil.

All three outgoing TDs are based in Navan, and the issue of a rail link between the town and Dublin has been a consistent feature of political debate in the constituency, although local sources say it does not feature as much in the more agricultural areas of Meath West.

The issues are generally said to be in line with other commuter areas, with the national issues of housing and health also featuring heavily on the canvass.