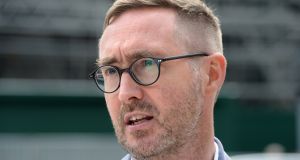 Dublin Mid-West was one of four Dáil constituencies which held byelections last November, with Sinn Féin winning the seat vacated by the election of Fine Gael’s Frances Fitzgerald to the European Parliament.

Sinn Féin housing spokesman and constituency TD Eoin Ó Broin was credited with engineering the successful campaign which saw Mark Ward elected thanks to a relatively large turnout in working-class areas on a day when the majority of voters stayed at home.

Holding two in the four-seater at the general election will be a huge challenge for Sinn Féin. It is likely that Fine Gael, Fianna Fáil and Sinn Féin will take the first three seats, with Ó Broin and Fianna Fáil’s John Curran certain to be returned as TDs.

Cllr Emer Higgins ran for Fine Gael in the byelection and polled just under 19 per cent of first preferences. Although Fine Gael was disappointed Higgins did not take the seat then, she should finish the job at the general election and make it to the 33rd Dáil.

The final seat is a much harder call and is likely to come down to a battle between outgoing People Before Profit TD Gino Kenny, Ward and Independent and former Green Party TD Paul Gogarty.

Gogarty has sought to emphasise both his Green credentials and the fact that he is not aligned to any party – two of the most fashionable political calling cards of recent times.

Former Labour TD Joanna Tuffy is aiming to regain the Dáil seat she held between 2007 and 2016 but it is likely to prove a difficult task given her party’s poor polling results, and the fact she polled only 7 per cent of first-preference votes in the byelection. The presence of Gogarty is also likely to stifle any potential Green Party breakthrough with its candidate Peter Kavanagh, although some votes on the centre left may free up because of the decision of Anne-Marie McNally of the Social Democrats not to stand.

However, McNally only won 4 per cent of first-preference votes in the byelection, meaning any knock-on effect will be largely insignificant.

Taking in areas such as Clondalkin, Lucan, Newcastle and Palmerstown, Dublin Mid-West has seen areas of significant growth since the Celtic tiger boom of the mid-2000s. However, the subsequent economic crash meant community facilities and other services have been slow in arriving.

About 10,000 new housing units are also planned for the new town of Clonburris and constituents are anxious that services keep pace with the planned increase in housing.