John O’Donnell accuses broadcaster of ‘entrapping’ him during ‘sting operation’ 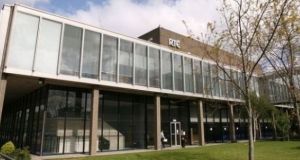 A Donegal councillor is facing calls to resign from his colleagues after he was recorded asking for money to help with a wind farm development.

Independent John O’Donnell was one of three councillors recorded for the RTÉ Investigates: Standards in Public Office programme.

Mr O’Donnell has accused RTÉ of “entrapping” him during the investigation and said he was seeking legal advice on what he called the “sting operation” in Letterkenny’s Radisson Hotel last month.

Mr O’Donnell did not return calls last night but had earlier released a statement accusing RTÉ of breaching “my constitutional and EU law rights to privacy”.

It has also emerged that gardaí are to examine the footage of the RTÉ programme to see if they need to take any action. No complaint has been made but a senior source said any complaint made would be investigated fully.

Taoiseach Enda Kenny told the Dáil it is “utterly unacceptable for any public representative to use his or her position for financial and personal gain”.

Podcast: Will RTE Investigates change anything?

“There can be no place in public life for the kind of behaviour that was witnessed on the RTE programme last evening,” he said.

Tánaiste Joan Burton said the contents of the programme were “deplorable, adding it is “disgraceful” when people who are elected to public office are driven by monetary motives.

Donegal and Sligo County Councils are to review issues raised in the programme on political lobbying, with Donegal council examining the allegations against Mr O’Donnell “as an issue of urgency and priority”.

Donegal County Council said the issues raised in the programme will be investigated with the ethics registrar in the council.

In a statement released on Tuesday, Mr O’Donnell claimed the recorded meeting between him and an undercover RTÉ reporter was “misrepresented to me by the national broadcaster as a ‘confidential’ meeting with me as a businessman and public representative”.

“It is my view that RTÉ have failed in their statutory obligation to provide a balanced report and instead have provided an edited version to serve their own sensationalist agenda,” he said.

“The reference to a payment was, for the sake of clarity, on the basis that I, as a businessman, might be participating in any project that materialised from work that I would be completing as a businessman, and any payment for such work would be dealt with by a professional team that I would be putting together, and strictly in accordance with the law and the applicable ethical disclosure procedures,” he said.

Sligo County Council also confirmed its ethics registrar is conducting a review to the issues surrounding Joe Queenan. In a statement, the council said the issues in the programme are a matter for Mr Queenan in the first instance.

Further consideration will be given to the issues on completion of the “review, at which point a further statement will issue.

Mr Queenan resigned from Fianna Fáil after he was filmed offering to act as an intermediary for a company in return for an investment in an agricultural business he was planning.

Another councillor featured on the programme, former Fine Gael councillor Hugh McElvaney, is alleged to have demanded £10,000 sterling for help with planning issues, but accused the national broadcaster of setting him up.