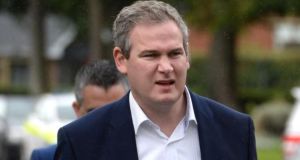 The Cabinet is set to approve a new investment plan for Ireland’s 30 populated islands, the first such plan since 1996.

Government Ministers will hold their final Cabinet meeting of the term in Donegal on Thursday and will discuss plans for a new caution system for the personal possession of drugs, a new “night culture” scheme, the childcare sector and the new islands plan.

Departments will be asked to nominate an individual to sit on a new group which will form a strategy for Irish islands with the group being chaired by the Minister of State in the Department of Taoiseach Seán Kyne.

The new plan aims to support the social, cultural and economic development of inhabited offshore islands to ensure that they can survive as viable communities.

About 30 such islands are populated, eight of which are in the Gaeltacht. These are generally the most populated islands.

The new group will look at issues around the provision of housing and the delivery of education and health. It will also look at employment opportunities on the islands. The all-of-Government group will devise an implementation plan. Legislation may be necessary for the new plan, it is understood.

Minister of State for Drugs strategy Catherine Byrne will also bring a memo to Government on changes to the legal system in relation to the personal possession of drugs. She will present a report by an expert group that recommends potential first and second cautions to those caught with a small amount of drugs.

She will also bring a memo alongside the report containing a series of proposals which it is expected Government Ministers will accept before the new policy is launched next week.

Minister for Culture Josepha Madigan is also expected to bring a memo on “night-time culture”.

She has previously indicated that the issue of licensing times as well as the introduction of night mayors is under examination as part of an attempt to enhance night-time culture in Ireland.

Meanwhile, the Minister for Business Heather Humphreys TD will host a Brexit-readiness workshop in Donegal to help small and medium enterprises from the county as well as the surrounding Border counties of Sligo and Leitrim.

She will be asking businesses to look at their supply chains, customs procedures, certification, and standards and licensing processes.

“We cannot assume that because a no-deal scenario was avoided in March and April, the same will happen again in October. Brexit may have been postponed but it is not going away and the closer we get to the 31st of October, the higher the stakes get,” she said.