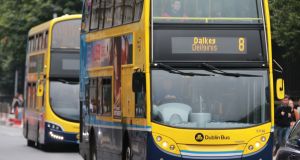 The National Transport Authority has looked at potential changes to Dublin’s bus network “from a cold, technical perspective and have forgotten the human element”, a Fine Gael TD has said.

Kate O’Connell has written to her constituents in south Dublin stating the current BusConnects proposal “is not the upgrade the residents of Dublin city need”.

Some 345 homeowners in north and west Dublin have already been informed they stand to lose part of their front gardens to cater for the corridors, with a further 1,000 due to be told in early 2019.

Residents from the Lower Kimmage Road and surrounding areas, which would be on the Kimmage to city centre corridor, held a local meeting on Thursday evening to discuss the plans.

In a letter circulated prior to and at the meeting, Ms O’Connell said she “made it clear” to the NTA in a submission in September “that the level of opposition to their current proposals is large, vocal and committed to protecting this community”.

“This is not simply a matter of fear relating to loss of homes and gardens, which is substantial, but also about a reduction in the quality of life of those living on Lower Kimmage Road, who never anticipated living on a four-lane carriageway,” she said.

The Dublin Bay South TD said a redesign and upgrade of the bus system was “overdue” and should be welcomed “to a degree”, but that “the current proposal is not the upgrade the residents of Dublin city need”.

“The human impact of these proposals must be kept to the fore of all considerations. People have built their lives in Harold’s Cross and surrounding areas with the expectations that certain services would be there into the future and the impact of changing or removing these services should not be underestimated,” she said.

While several Government TDs have made representations on behalf of their constituents on the BusConnects plan, Ms O’Connell’s objections are notably strident.

There is considerable concern among Dublin Fine Gael TDs over the plan, and Minister for Transport Shane Ross has been heavily criticised at Fine Gael party meetings.

Although Mr Ross has defended the plan in the Dáil, he has also said that changes are likely to be made to some of the routes. He also made representations on the plan on behalf of his constituents, whom he told he had no responsibility for BusConnects.

The NTA said BusConnects has commenced the phased public consultations regarding the core bus corridors. The next phase, including the Kimmage corridor, will commence mid-January.

“Any potentially impacted property owners will be contacted in advance of the public consultation commencing and there will also be the establishment of a local community forum in addition to public information events and online and printed detailed material,” a spokeswoman said.

Construction of new lanes would not begin until 2021, pending approval from An Bord Pleanála.