Men pulled up carpet and made discovery in two plastic bags 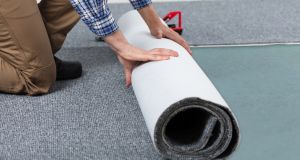 When the carpet fitters lifted the old carpet them made a surprise discovery. Photograph: iStock.

When carpet fitters lifted the underlay in the spare room of a south Dublin house this week they uncovered more than just floorboards.

The two men from a well-known carpet company immediately reported the find to the owners of the house who are redecorating the room for a live-in carer for their elderly mother. She was diagnosed with Alzheimer’s disease eight years ago.

“My mam always managed the family finances and my dad used to just give her his pay packet every week,” the woman’s daughter Carol told The Irish Times.

“She would take care of everything but obviously when she got Alzheimer’s she wasn’t able to manage the money any more. We had noticed money going missing and then we realised that she had taken to hiding it around the house. I think she was afraid someone would steal it from her.”

Carol said the family had thought they had found all the money and were “really surprised when the lads from Des Kelly came in on Thursday with two plastic wallets containing more than €600 each. We have absolutely no idea when she hid them there.”

Without any support from the HSE, they family have had to dig deep into their savings to cover the cost of a carer but are determined to keep their mother in her home for as long as possible they possibly can.

“It is not a whole lot of money but it will make a big difference to us,” she said. “We told the lads that they could have just pocketed the cash and we probably would never have known but they just said they could never have done that because it would have been bad karma.”

Greg Kelly, who has taken over the family business from his father Des, said the two employees had come back to the shop on Thursday evening and told him “they’d found a few bob under a carpet. We’ve found odd things in the past, like share certificates, but this is the first time we’ve found such a large amount of cash,” he said.

“It’s sad to think there’d be people out there who would keep the money but I think it is true. Not these lads though, they have been with me for a long time and I’d trust them with my life.”