Work to begin on refurbishment and reopening of Stepaside Garda Station 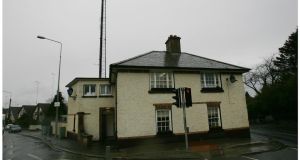 Work on the controversial reopening of Stepaside Garda Station is expected to begin in the coming months, according to the Minister for Transport Shane Ross.

Mr Ross circulated a letter to his constituents in Dublin Rathdown from his fellow independent alliance TD Kevin Boxer Moran about the station.

Mr Moran, the Minister of State at the Office of Public Works, said the refurbishment of Stepaside is expected to be completed by the middle of the year.

The reopening of the station was a key demand of Minister for Transport Shane Ross for entering government.

Stepaside was one of six earmarked for reopening by An Garda Síochána following a review though opposition politicians complained that its reopening amounted to old-fashioned jobbery.

The letter from Mr Moran states that the OPW has taken vacant possession of the building and preliminary works have been completed.

The contractor, O’Hegarty’s, has been briefed and awaits specific costings.

The letter adds: “The works will include the complete refit of the entire internal area of the building, rewiring fitting out of rooms to An Garda Síochána specification, security works, roof repairs and renewals and repair windows and finally painting and decorating.

“The OPW remains on target and expect these main works to be complete by the end of quarter two 2019 – more exact dates when the contractor is one side and has given the OPW a work programme.”