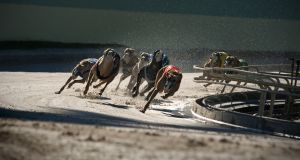 The Irish Greyhound Board was warned two years ago that overbreeding was threatening the future of the industry and that the whereabouts of 6,000 pups per year was unknown. Image: iStock.

The Irish Greyhound Board was warned two years ago that overbreeding was threatening the future of the industry and that the whereabouts of some 6,000 pups per year was unknown.

The report warned that the size of the State’s dog pool was “out of control”, noting that some 15,000 greyhound pups were born every year in Ireland while the number of dogs racing annually was some 3,600.

The report says the industry produces 10 times more greyhounds each year than is required to sustain the sport in the State. Some 6,250 dogs are exported to the UK at less than 50 per cent of the costs of production, it says.

The report states that ultimately taxpayers, who provide €16.8 million in support for the greyhound industry annually, are subsidising the low-cost selling of greyhounds to the UK, where some 83 per cent of all dogs racing come from Ireland.

The report, marked “commercially sensitive”, was not made public by the Irish Greyhound Board when it was received in September 2017. It came to light on Wednesday as part of an RTÉ Investigates programme on the greyhound racing industry.

The report highlights the absence of traceability of 6,000 dogs every year, who do not race or are exported to the UK. It said there was anecdotal evidence that many of these non-performing greyhounds were being killed.

“If steps are not taken immediately to address the root causes giving rise to the mass culling of pups, the very future of the industry could be threatened,” it says. “Both from a welfare and from a financial perspective, the industry must now move to put racing at the centre of what it does and must ensure that breeding is undertaken to support the industry and not as an alternative to it.”

The programme alleged that many of the 6,000 unaccounted greyhounds are killed because they failed to make qualification times or their performances declined. It further alleged that half of the 30 licensed knackeries contacted by it agreed to illegally kill greyhounds for prices ranging from €10 to €35.

Social Democrats co-leader Catherine Murphy TD said the State funding provided to the industry should be reviewed in light of the broadcastwhile Green Party councillor Malcolm Noonan said the State should divert some of this money to animal welfare groups.

The Irish Greyhound Board said the Preferred Results report referenced was creceived in 2017 and that the Greyhounds Racing Act 2019 has since been signed into law. The board said the industry was making “significant progress” on dog welfare and regulation under its 2018-2022 strategic plan.

Gerard Dollard, the board’s chief executive, said: “Any person who knowingly harms a greyhound brings shame upon our industry. The [BOARD]will continue to investigate any matters brought to its attention.

“Thousands of greyhound owners across the country treat their dogs impeccably before, during and after their racing life. The [BOARD]continues to target the ultimate aim of total re-homing of retired racing greyhounds.”

Frank Nyhan, the board’s chairman, said the new act would make the racing greyhound “the most regulated of all canine breeds in Ireland”.

Minister of State at the Department of Agriculture Andrew Doyle said there would be an immediate review of the issuing of licences for knackeries.

In the Dáil, Tánaiste Simon Coveney pledged the Government would follow up on the ill-treatment of greyhounds .

Mr Coveney said the Government took animal welfare very seriously and had introduced the most extensive ever welfare legislation.