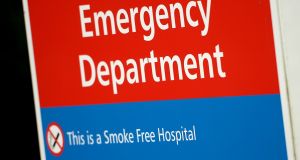 A group of trade unions including Fórsa, Siptu, the Irish Nurses and Midwives Organisation and Unite, who represent staff in what are known as Section 39 bodies, are to meet on Thursday to consider their next moves after “unsatisfactory” talks with the Department of Health and the HSE on Tuesday.

Unions argue that while Section 39 organisations were urged to cut staff pay in line with reductions in remuneration to public servants during the austerity years, Section 39 personnel involved have not seen pay restoration, unlike direct State employees.

More than 1,000 staff in a number of Section 39 organisations staged a 24-hour stoppage last February over pay restoration. However, the campaign was effectively suspended for a period as a result of the Covid-19 pandemic.

There are about 300 Section 39 organisations across the country which provide services on foot of grants paid by the HSE. A deal was reached two years ago for the restoration of pay in an initial 50 of these bodies .

A spokesman for Fórsa said unions had anticipated that on Tuesday, the Department of Health and the HSE would produce data on the cost of restoring pay for workers in the remaining 250 organisations.

Some sources have previously estimated that this could cost up to €7 million.

This data would then have to be forwarded to the Department of Public Expenditure.

However, a spokesman for Fórsa said that at the talks, the Department of Health and the HSE said they were only just commencing this process of collecting the data required.

Fórsa said the position of the Department of Health and the HSE was “disgraceful”, that they were “dragging their feet” and that the process of finding a resolution could, as a result, be delayed for months.

The Fórsa spokesman said the unions would meet on Thursday and would look at a number of options available, which included a potential resumption of their campaign of industrial action.

Siptu public administration and community divisional organiser, Adrian Kane said: “Siptu representatives have been left utterly frustrated by the lack of progress made today at the WRC.

“The lack of urgency to resolve this issue for Section 39 workers, the same workers have also stepped up and continued to provide frontline social and health services to the most vulnerable people in our society throughout the Covid-19 crisis, is absolutely unacceptable.”

In a statement, the Department of Health said it “remains committed to the WRC process in relation to pay restoration for the remaining Section 39 bodies.

“The HSE are currently carrying out a detailed costing exercise in this regard. The Department have been liaising with the Department of Public Expenditure and Reform on this and consultation will take place when the full details of the costs are available.”

In a note to the Oireachtas committee on Covid-19 in July, the Department of Health said in October 2018, a deal was reached at the Workplace Relations Commission (WRC) on pay restoration for staff in 50 Section 39 organisations on a pilot basis. It said this process commenced in April 2019 with further payments due in October 2020 and October 2021 as appropriate.

However, it indicated that there had been no developments in relation to staff in about 250 other Section 39 organisations .