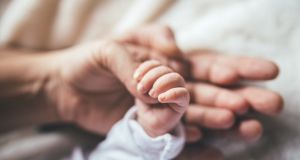 The National Women’s Council of Ireland (NWCI) has called on the Government to increase maternity, paternity and parent’s benefit to €295 per week. Photograph: iStock

The National Women’s Council of Ireland (NWCI) has called on the Government to increase maternity, paternity and parent’s benefit to €295 per week.

The organisation has also called for the investment in early years education to increase to 1 per cent of gross domestic product (GDP) over the next decade.

In its pre-budget submission, the NWCI outlined 10 broad principles for budget 2021, which, it says, must “build the foundations for a feminist economic recovery” in the aftermath of Covid-19.

The pre-budget submission calls for the implementation of a living wage, beginning with early years educators in 2020. The document also highlights a need to regularise the “situation of migrant workers”.

As well as the increased payment rate of benefit, it calls for an increase in the duration of paid parent’s leave to 12 weeks per parent, increase paid paternity leave to 4 weeks and converting existing unpaid parental leave to paid leave.

In terms of taxation, the NWCI called for the introduction of a wealth tax, a financial transaction tax and a minimum effective corporate tax rate. It also called for the removal of fossil fuel subsidies and assurance that the implemented tax policy “matches our goals on a low carbon economy”.

Following the need for many people to work from home during Covid-19, the council believes there is a need to examine the reorganisation of work, reduced working time and the 4-day week.

Orla O’Connor, director of the council, said the budget was being implemented in the context of a global pandemic which has “shone a harsh spotlight, and even reinforced gender inequalities”.

“ This is no more so evident in our dependence on the underpaid and undervalued care labour of women; in the inefficiencies of privatised, essential public services; the inadequacies in our social welfare system; and the prevalence of low paid and precarious work in which women predominate,” she said.

Ms O’Connor said one of the most “glaring” learnings from lockdown is that “care work is absolutely essential for a functioning economy and society”.

“ This is our opportunity to solve the childcare crisis once and for all, by delivering in budget 2021 public, early childhood education and care,” she added. “This means increased investment in early years, rising to at least 1 per cent of GDP over the next decade. It means funding national afterschool care, supports for childminding and the Childcare Ireland agency. Critically, we must see the introduction of a living wage for all early years educators in 2020.”

Ms O’Connor added that the budget must choose to fund investment through “progressive, gender sensitive taxation”.

“It must deliver universal public services on the basis of need, not ability to pay, by investing in the care economy, health and in housing,” she said.

“As we face into budget season, and the reality that Covid-19 will be with us for a while to come, it is critical that Government prioritise public childcare, investment in public services and in the creation of decent jobs for women.”