Continuing funding would be ‘irresponsible and reckless’, agency tells Minister 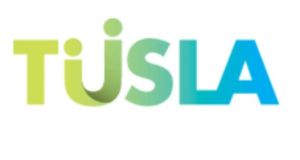 Tusla said there was a need to “address the risks associated with current inconsistent, ineffective and poor governance practices” in the School Completion Programme.

Tusla told the Minister for Children it would be “both irresponsible and reckless” to continue funding a €25 million stay-in-school programme aimed at vulnerable children due to governance concerns.

The child and family agency wrote to Katherine Zappone outlining its concerns in April of last year, saying there was a need to “address the risks associated with current inconsistent, ineffective and poor governance practices” in the School Completion Programme (SCP).

However, despite some ‘band-aid’ solutions being rolled out, the Government has yet to institute a long-awaited series of reforms to the programme.

The SCP provides facilities such as after-school and homework clubs for children who have been identified as at risk of not completing education. Its budget was cut during the recession, and funding has not been returned to its pre-existing levels. There are 124 separate “sites” which run the programme across the country.

Norah Gibbons, the then-chair of Tusla, told Ms Zappone that the board believed it was necessary to “illustrate the impact that poor governance and practice has had on the effectiveness of the SCP programme”.

It said “examples of the impact of poor governance are widespread across the programme”, and added that it was important the department were aware of “how vulnerable children and young people may be affected by misdirection of this report”.

A second letter in August outline the nature of Tusla’s concerns over corporate governance within the programme. The agency told Ms Zappone that the majority of the bodies responsible for administering the scheme, known as local management committees (LMCs) “are unincorporated with no legal status”. Staff were employed by these bodies with “inconsistent terms and conditions”, and school principals were being advised not to sit on the LMCs by their boards of management due to the “extremely serious” risks related to corporate governance.

In response to queries from The Irish Times, Tusla said its concerns did not extend to financial irregularities, which are monitored for by independent audits and random audits by the Comptroller and Auditor General. It said it was aware of two cases of alleged fraud which had been investigated in specific SCP projects, but that they pre-existed the establishment of Tusla in 2014.

In its August letter, the agency told Ms Zappone that it had put in place a range of measures to manage the risks, but warned “the ‘band-aids’ that have been applied to maintain stability in the short term are mitigating the risks to some degree but can’t be expected to mitigate the risks on an ongoing basis”.

It said it was considering putting some SCP schemes on ‘month-to-month’ funding until reforms were put in place. Tusla said there were currently three projects in receipt of monthly funding to ensure services were provided, even though plans submitted to the agency did not meet criteria for receiving funding.

Tusla has called for the implementation of reforms recommended by an expert panel convened to assess the SCP in 2017.

In a statement, the agency said it “has a responsibility to provide services to vulnerable children at risk of early school leaving and as we await a decision on national governance reform Tusla has as outlined put in place a range of support measures to ensure that projects can continue to deliver this important service”.

It said both the agency and the Department of Children and Youth Affairs acknowledged that “there are areas of SCP governance that remain to be addressed”, but argued that it was a “complex issue . . . so all possible options need to be considered carefully before a decision on future direction can be made”.