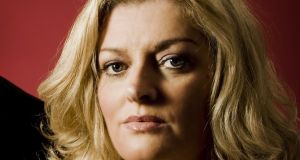 Tributes have been paid to the internationally acclaimed Cork-born soprano Cara O’Sullivan, who died on Tuesday aged 58.

Tributes have been paid to the internationally acclaimed Cork-born soprano Cara O’Sullivan, who has died aged 58.

O’Sullivan, who retired from singing in 2018 after being diagnosed with early onset dementia, died at Marymount University Hospice on Tuesday with her family at her bedside.

A graduate of the Cork School of Music, O’Sullivan performed all over the world including at the Paris Opera, Sydney Opera House and London’s Royal Albert Hall.

She achieved her first major role in 1996 when, with preparation from internationally renowned Australian soprano Joan Sutherland, she performed as Donna Anna in Don Giovanni with the Welsh National Opera..

In 1997 and 1998, O’Sullivan, who grew up near the Lough on Cork’s southside, starred as the Queen of the Night in the Opera North performances of The Magic Flute.

She won great acclaim globally for her performances as Donna Anna and Fiordiligi in Così Fan Tutte, while she also performed arias from La Traviata, Handel’s Messiah, Mendelssohn’s Elijah and Verdi’s Requiem.

An early review in The Irish Times from her performance at an Opera Gala in the National Concert Hall in 1996 noted the vibrancy and clarity that were to become the hallmarks of her performances.

“The Cork soprano tossed off a considerable amount of fearsome coloratura, delivered in full voice and with good articulation, as well as cleanly-delineated cantillena in which attention to words was always evident,” the reviewer wrote.

“Her spitfire-like delivery of the Queen of Night’s vengeance aria whetted the appetite for her appearance in the role with Opera Ireland at the Gaiety in April.”

Taoiseach Micheál Martin said he was saddened to hear of O’Sullivan’s death. He tweeted: “She had a beautiful voice and the warmest personality. Cork is very proud of her legacy and I will always value our friendship. Deepest sympathy to Christine and her wider family.”

Former lord mayor of Cork Cllr Mick Finn spoke of his sadness at the news, saying that O’Sullivan held a special place in the affections of Corkonians as was evident at her last performance.

“One of my fondest memories of Cara was what would turn out to be one of her last performances when she sang at the Lord Mayor’s Christmas Concert in 2018 alongside Majella Cullagh and Mary Hegarty, ” he said.

“She was facing huge adversity in her own life at the time but she was able to go on stage and sing and the love and affection for her from the audience, who knew the story and were seeing her for the last time, was palpable.

“She was a Cork diva who locally, nationally and internationally known and we don’t have too many of those so we rightly had pride in her and achievements whether she was performing in Cork City Hall or Sydney Opera House.”

Music promoter, Pat Talbot, who knew O’Sullivan well and was involved in organising benefit concerts after she became ill, said Ireland had “prematurely lost an iconic figure in the performing arts”.

“She was one of the most brilliant sopranos the country has produced and in Cork she was adored and loved by thousands of people, so many of whom generously supported our fundraising concerts for Cara in 2019,” he said.

“Cara was unique of voice, unique of personality, a supreme professional and a loyal friend. It was always nothing but a pleasure to work with her - may she rest in peace.”

The Church of Ireland Bishop of Cork, Cloyne and Ross, Dr Paul Colton expressed his condolences, describing O’Sullivan as “an interesting and fun person with a glorious, heavenly voice”.

O’Sullivan, who lived in Frankfield in Cork, is survived by her daughter, Christine and her siblings Aoife, Nuala and Jim. A private family funeral will take place in accordance with HSE Covid-19 guidelines.