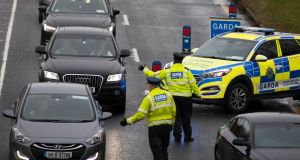 On a number of occasions on Tuesday the Taoiseach and his Ministers, after announcing the lockdown would continue until early March, were asked the question: what happens then? There was no clear answer.

“We will be cautious and conservative,” the Micheál Martin repeatedly asserted. But that’s not a strategy for what happens after the numbers have come down, as they are showing signs of doing, notwithstanding the desperate situation in some hospital ICU units as the Christmas surge winds its way slowly through the health service.

“There is no sense of a plan,” said one senior figure. The sentiment was echoed by several other sources.

It is not clear what follows the suppression of the virus or what the next reopening will look like. What level of new infections would permit, say, the reopening of schools? What does being “cautious and conservative” mean in practice? Insiders shrug that this will be worked out in the coming weeks. But just as chance favours the prepared mind, Covid-19 punishes drift and uncertainty. This lockdown is scheduled to end in March; widescale rollout of the vaccine won’t be here until the summer. The Government needs a plan for what happens in between.

The biggest move on Tuesday, Ministers said, was the introduction for the first time of mandatory, supervised quarantine, if only for travellers from South Africa and Brazil, and for those arriving without a negative Covid-19 test. The numbers are likely to be small; those without a negative test will also face fines of €2,500, so it’s hard to see many travelling. And visa-free travel has been suspended for South Africa and all of south America.

In truth, the travel restrictions introduced on Tuesday are viewed by many Ministers and senior officials as more about politics than public health. Figures from the HSE’s Health Protection Surveillance Centre list travel as a minor contributor to the sources of outbreaks. According to two senior officials, there is little expectation, including among the leaders of Nphet, that the measures announced will make much difference. The truth is, said one senior source on Tuesday night, the infection numbers are plummeting anyway.

But with the Opposition coalescing around the idea of “zero Covid”, the Government needs to be seen to do something.

There is little support in Government – among Ministers, officials or public health experts – for the zero-Covid option. But that doesn’t mean they won’t introduce tighter restrictions to drive a tougher suppression strategy. If Tuesday’s discussion at Cabinet – a difficult meeting, say sources present or briefed afterwards, with a deal of unhappiness expressed around the table – is anything to go by, the question of a more general restriction for all travellers will come back on the agenda in the coming weeks.

Officials are examining the practicalities and Tánaiste Leo Varadkar flagged the possibility. The thinking is that once the numbers are down, quarantining all incoming travellers would help keep them down. But the Government will still need a plan for reopening. That is likely to be trickier.