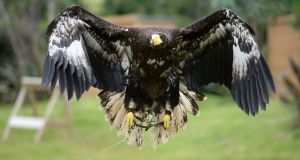 Tayto Park has sought to prevent the Department of Culture, Heritage and the Gaeltacht from releasing details of animal deaths at its zoo, claiming that the information would damage its business and result in negative publicity.

The department, which is the licensing authority for Irish zoos, has published information relating to animal mortality rates at Dublin Zoo and Fota Wildlife Park, which shows that 227 animals died at the two facilities in 2015.

However, Tayto Park wrote to the department in September to outline its objections to the publication of the statistics.

Tayto Park made headlines in 2012 when an inspection by the National Parks and Wildlife Service (NPWS) identified “inadequate enclosures”, “inappropriate breeding”, “overweight animals” and “high levels of aggression and stress” at the zoo.

The park was banned from adding any new animals to its collection as a result of the concerns. The ban was lifted after five months but was reinstated in November 2013 after another inspection reported “great disappointment” at a lack of progress on issues that had previously been highlighted.

Lee Donohoe, park and animal manager at Tayto Park, alluded to previous media coverage in his letter to the department on September 13th last.

“In our own business, we can point to previous sensationalist reporting about our zoo collection resulting in a drop in annual members and loss of corporate customers,” he wrote.

“As such, and I’m sure you agree that, it can’t be denied that negative press has the potential to inhibit and damage a business.

“Therefore, we believe that the public interest would be better served as a whole by not releasing this document,” concluded the letter, which was released under the Freedom of Information Act.

The move to prevent the publication of the details relating to animal deaths at the zoo has been criticised by the National Animal Rights Association (NARA), which said that such information should not be withheld from the public.

“I am shocked and appalled that Tayto Park are going to such lengths,” said Laura Broxson of NARA. “They shouldn’t be withholding such crucial information from the public. What are they afraid to expose?”

Charles Coyle, general manager of Tayto Park, refused to state how many animals died at the zoo in recent years when contacted for comment.

However, he said that the theme park had no concerns regarding mortality rates at the zoo.