Killing of French film producer unplanned but was deliberate, podcast series is told 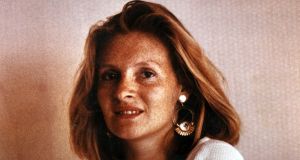 The body of French film producer Sophie Toscan du Plantier was found near a laneway at her Co Cork home in 1996.

The murder of French film producer, Sophie Toscan du Plantier in west Cork 21 years ago was not premeditated but happened on the spur of the moment, according to a highly experienced former pathologist who reviewed the autopsy report on the dead woman.

“I think it was a killing that happened without anybody intending to start out and kill somebody. There doesn’t seem to be any pre-planning involved - there was some sort of a casual element to this whole murder,” he said on the podcast series by reporters Sam Bungey and Jennifer Forde.

“They were weapons picked up on the spot - weapons of opportunity, if you like,” Dr Gilsenan told the two English journalists for their 13 episode podcast on the murder of Ms Toscan du Plantier, entitled ‘West Cork’ for Amazon’s online audio bookseller, Audible.

But Dr Gilsenan ruled out the possibility of Ms Toscan du Plantier’s death being somehow accidental as one theorist has hypothesized .

This theory suggested the 39-year-old mother-of-one may have been killed by a kick from a horse in the field near where her body was found.

“No, I don’t think so (the death being accidental), not in the light of the apparent involvement of the concrete block,” said Dr Gilsenan.

“Yes, certainly (her killer meant to kill her) it seems to have been an argument, a dispute, something said, a threat made or something like that and a pursuit, then an entanglement in a barbed wire fence and an attack with a stone and then finishing off with a pounding by a concrete block.”

But notwithstanding its ultimately deliberate nature, Dr Gilsenan again stressed the killing may not have been premeditated.

“It could have been somebody who’d never seen her before - it has the appearance of happening almost spontaneously, almost as some spark,” he said.

Earlier, former detective, Eugene Gilligan who was attached to the Garda Technical Bureau, told how he wanted to remove Ms Toscan du Plantier’s body from the scene as he did not believe there was anything to be gained from leaving the body at the scene overnight.

“I rang Dr Harbison to explain the scene to him because we had been informed that he wouldn’t be able to get down until the next morning (December 24th). We - myself and my colleagues - saw immediately that it was unnecessary to leave a body (at the scene) for the pathologist to come.

Bur Mr Gilligan said a local officer in charge disagreed: “He said he’d like the doctor to come to the scene and I said: ‘Sir, there’s really no need to, the doctor can’t do anything’ and he said: ‘Maybe you weren’t listening to me - I’ve just said I want Dr Harbison at the scene’.”

Mr Gilligan said local officers in such cases usually deferred to Dr Harbison and himself as they had expertise in such matters but not in this case and Ms Toscan du Plantier’s body was left out on the track overnight covered with a tarpaulin bought by Schull gardaí in a local hardware store.

“We thought it was highly inappropriate to leave the body on the roadside for that length of time - it was somebody’s relative, it had to be treated . . . that body had to be treated with some decorum,” said Mr Gilligan.