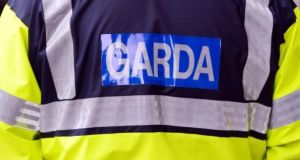 A second man has been arrested following the robbery of tourists in Dublin. Photograph: Bryan O’Brien

Gardaí have arrested a second man in connection with the alleged armed robbery of two tourists near Guinness Storehouse in Dublin last week.

The man, aged in his late 30s, was being detained at Kevin Street Garda station under section 30 – Offences Against the State Act, on Monday night.

Last week a 35-year-old man, Paul Heaney, with an address at Michael Malin House, Dublin 8 was brought before the courts in connection with the robbery and remanded in custody until October 30th, when he is scheduled to appear at Cloverhill Prison, in west Dublin.

Italian teacher Silvia Pantoni and one of her students had been at Long’s Place, Dublin 8, near the Guinness Storehouse, last Monday evening when they were approached by two men who appeared to have a gun.

They were part of a large group of Italian tourists who had been walking to a Luas Stop, having just left the Guinness Storehouse.

It is understood Ms Pantoni and her student were some feet behind the rest of the group when two men approached them.