Price of a private smear can vary by up to 200% 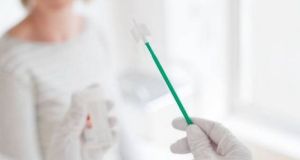 The price of a private smear can vary by up to 200 per cent depending on which GP clinic you attend and which laboratory is used, The Irish Times has found.

Women who fall outside of these age brackets would not qualify for the CervicalCheck programme, and have to pay if they want to be tested. Women within this age group who wish to have a smear test outside of the routine schedule also have to pay for the service.

The Irish Times contacted a range of general practices across Dublin, Galway, Limerick and Cork, and found that the cost of the test outside of the CervicalCheck programme can vary from between €50 and €170.

The cheapest clinic nationally was the Avonlea Medical Centre in Cork, while the most expensive was Aungier Street Clinic in Dublin.

Within the capital the Dublin WellWoman clinic was the cheapest at €85, followed by the Plaza Clinic in Swords at €90.

Dr Nina Byrnes, from the Generation Health Medical Clinic in Glenageary, Dublin, said that the price could vary depending on overhead costs and on which laboratory was chosen to test the slide.

“It costs the patient €160, but that’s not what we charge. We charge €60 for a consult fee but it has to be sent to a private lab and they charge €100 because they won’t run a smear anymore on its own, they’ll only do it with the HPV test,” Dr Byrnes said.

“Obviously GPs are independent contractors, and for competition we’re not allowed set our pricing together. Down the country it could be cheaper but I guess their overheads are cheaper. So there’ll be different prices that you find depending on location.”

In some cases only the consultation fee is paid at the GP’s office, and then the laboratory takes its fee directly off a patient’s credit card at a later stage or over the phone.

Stephen McMahon, co-founder of the Irish Patients’ Association, has urged women using the services to shop around and question the price they are given.

“The huge differential needs to be explained. It’s very likely the test will be conducted at the same lab so why the high difference? Women should query the price [they are] charged.”

The Irish College of General Practitioners said each GP was an independent practitioner, adding that it was a training body and therefore was not involved in the pricing of services.

The number of people seeking private smears increased this year following controversy and uncertainty around the national screening programme.

The situation arose after it was revealed that hundreds of women with cervical cancer were not told for years of an audit which showed they had received incorrect smear test results.

Taoiseach Leo Varadkar last week made a formal State apology to those affected by the “litany of failures” in the operation of the CervicalCheck system.