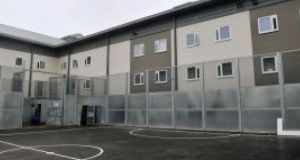 The Irish Prison Service should keep its checklist for screening prisoners being admitted to Irish jails under constant review following the death of a man admitted four hours earlier, a jury has recommended.

Lithuanian national and father of two, Vytas Lemnickis, was found unconscious in his cell on the Committal Unit at Cork Prison at around 7pm on January 29th, 2018, four hours after he was admitted following an incident in Dingle that weekend.

Mr Lemnickis’s daughter, Goda told Cork city coroner’s court her father had suffered a mental breakdown that weekend and her mother had to flee their home at Ard na Gréine in Dingle while the family were afraid of him as he came looking for them.

“We made it very clear to the guards when we made statements to them on the Sunday (January 28th) he had mental health issues – he seemed very disturbed and was in quite a delusional state – he was a completely different person – I don’t know he could seem calm in prison.”

Mr Lemnickis, whom the inquest heard never been in prison before, had some injuries to his face for which he had received treatment in University Hospital Kerry the day before when he arrived at Cork Prison, prison nurse officer Niamh Stott said.

She said although his English was not great, he was able to answer all her questions and while he said he was anxious and frightened, he was not sad and said he had no history of mental illness or of suicidal ideation or any wish to self harm as he believed that life was worth living.

Mr Lemnickis was then sent to the Committal Unit rather than the Vulnerable Persons Unit.

Prison officer Sean Murphy the Class Officer in charge of prisoners on the Committal Unit on the evening in question said he received no information from the surgery about Mr Lemnickis when he arrived on the wing but that was standard practice.

He said that Mr Lemnickis should be checked on every 15 minutes, not because he presented any risk but simply because it was the default position on the Committal Unit and had he presented as being at risk he would have been sent instead to the Vulnerable Persons Unit.

Questioned by counsel Elizabeth O’Connell SC for Mr Lemnickis’s family, Mr Murphy accepted that he may have been seen on CCTV footage passing by Mr Lemnickis cell some 13 times between 5.39pm and 7pm without checking on him but he said the CCTV provided only a snapshot and it was an exceptionally busy period.

Mr Murphy said he was organising cells for new arrivals on the committal wing, organising the cleaning of cells, the transfer of prisoners, the movement of some prisoners in the prison yard and the delivery of items from the tuck shop to prisoners on the Committal Unit.

He confirmed he did not check on Mr Lemnickis every 15 minutes but he and other prisoner officers checked on him at 3.35pm, 3.45pm, 4.30pm, 5pm and 6.40pm and he was okay on each occasion and there was nothing in his behaviour to cause them concern.

He said that it would be impossible for any Class Officer on the unit to carry out the list of duties that they were expected to do and check every 15 minutes on every prisoner on the unit and prison management recognised this after Mr Lemnickis death and changed the system.

Prison nurse officer Siobhan Murphy, who trained as a psychiatric nurse, said she was with Officer Murphy when he brought Mr Lemnickis his tea at 3.45pm and he seemed calm and not all distressed and was happy to learn where the kettle was and that he could make himself tea.

The inquest heard evidence from prison officer Aidan O’Shea that he found Mr Lemnickis unconscious in his cell at 7am when he checked on him and Assistant State Pathologist, Dr Margaret Bolster said he died from asphyxia due to suspension by a ligature.

Assistant governor of Cork Prison Liam Spacey told the inquest a new system had been introduced in mid-2018. It involved prisoners being screened and medically assessed immediately upon entry rather than waiting for assessment by a doctor the following day which was more manageable in terms of identifying those at risk.

He said that he would be slow to claim the new system was suicide-proof but it was an improvement on the previous regime as it meant that those prisoners who were identified at risk during screening at reception were now receiving 15-minute checks as recommended.

But he said that even the new system is not completely watertight as screening in prison will not pick up everyone at high risk no more than screening at the community at large does and people can still take their own lives without giving any warning signs.

But anyone deemed high risk is now held in one of two Safety Observations Cells which have full glass doors for observation, no furniture providing ligature suspension points while prisoners also have ponchos instead of clothes and blankets instead of sheets to prevent them making ligatures.

Fergal Black director of care and rehabilitation in the Irish Prison System told Ms O’Connell said he would meet with gardaí to see if there was some way to improve communication between the gardaí who arrest a prisoner and those who escort remand prisoners to jail to ensure if the family have any medical concerns they are relayed to prison staff.

The jury returned a verdict of death by suicide and recommended that the Irish Prison Service constantly review its checklist at committal screening.

Scammers exploit Brexit taxes and charges for packages 11:18
Covid-19: First dose of vaccine given to 1.9% of people in State, Minister says 11:04
Empty shelves in the North are because of Covid, not Brexit, says Lewis 08:30
Regulator receives 81 reports of suspected Covid-19 vaccine side effects 08:25
Storm Christoph: Widespread heavy rain expected with flood risk 08:17