Most common complaints to watchdog were over foul odours 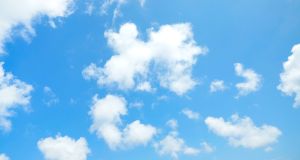 Public complaints related to air quality fell dramatically in 2018, down from 20 to seven per cent. Photograph:iStock

Three food processing plants were responsible for over a third of all complaints made by members of the public to the Environmental Protection Agency (EPA) last year.

The most common complaint related to odours coming from licensed sites (57 per cent), followed by noise complaints (27 per cent), according to the environmental watchdog’s 2018 annual report.

The Arrow Group Kildare plant was included on the agency’s national priority list for enforcement action, due to odour and noise issues, the EPA announced on Thursday.

There was a drop of 22 per cent in the overall number of complaints made to the EPA last year, compared to 2017. The agency’s annual report noted 85 per cent of licensed sites had no complaints made against them over the year.

Public complaints related to air quality fell dramatically in 2018, down from 20 to seven per cent.

The environmental watchdog secured 13 convictions for regulatory breaches over the year, resulting in over €240,000 in fines, costs awarded, or donations from operators.

Some 15 sites were placed on a priority list for enforcement action during 2018, including six food and drink processing sites, and five waste disposal sites.

Five sites were placed on the list in the first half of this year, including Arrow Group, Kepak Clonee, Youghal Landfill, and The Hammond Lane Metal.

Quinn Cement Limited, Co Cavan, were also added to the EPA watch list due to problems with air emissions.