Scouting Ireland members vote for new governance structures and board 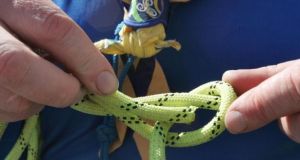 Members of Scouting Ireland have voted overwhelmingly to introduce new governance structures in the wake of a scandal involving the alleged mishandling of a rape case.

They have also voted in a new 10-member board as requested by the Minister for Children and Youth Affairs Katherine Zappone.

Motions for a new governance structure were passed by 95 per cent of the membership at an emergency general meeting (egm) in Dublin City University’s Helix venue on Saturday. The new board was approved by a similar margin.

In a statement issued after the meeting, Scouting Ireland operations manager Conor McKeon said the new structures will “ensure Scouting Ireland is an organisation that is fit for purpose and operates to the highest standards of governance”.

He said the new board will work with the chief executive on implementing the new governance structures and will engage with the Department of Children and Youth Affairs to discuss future funding for the organisation.

Members had been told in advance of the meeting that they faced a “potential wind-up of the organisation” if governance reforms were not ratified.

Scouting Ireland interim board chair Annette Byrne warned that if changes were not made “we will see creditors and financial institutions move to seek full repayment of any outstanding monies that are due to them”.

Government funding worth €900,000 was withdrawn from Scouting Ireland in April because of concerns over an investigation into an alleged rape on a 2009 camping trip.

Four senior volunteers, chief scout Christy McCann, David Shalloo, Thérèse Bermingham and Ollie Kehoe, were criticised in a report in 2016 by safeguarding expert Ian Elliot who found the investigation they carried out was “deeply flawed”.

But in September State funding was withdrawn until the current board of directors was replaced.

Mr McCann subsequently said the board of Scouting Ireland made the “wrong decision” in voting for him to chair the egm, and confirmed he would not chair the meeting.

Rainfall warnings issued for Kerry, Cork and Clare 18:52
Pubs not to reopen and restrictions to remain on all gatherings , Cabinet decides 18:51
Court approves €35,000 payment to family of infant who died hours after birth 18:36
Former TV presenter dies after car enters water in Co Down 18:02
Ireland needs to move to ‘zero-Covid’ policy to avoid catastrophe, scientists say 17:48