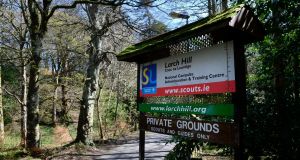 Locked away in Scouting Ireland’s national office in Larch Hill, Tibradden, south county Dublin, sit hundreds of past child-protection case files in an alarmed room under lock and key, some dating back decades.

The potential revelations within those safeguarding files about how past cases were handled, which range from minor incidents to more serious allegations of abuse, remain undisturbed.

But an initial look at a small number of serious sexual abuse allegations among the historic files showed they “haven’t been handled well”, according to one senior source.

A full audit of all historic cases of alleged abuse, which five months ago safeguarding expert Ian Elliott recommended should take place, has not started. In January he told Scouting Ireland’s board again the historic review should be a “priority”, given that “past practice has been shown to be suspect regarding alleged abuse” cases.

The cases must be reviewed to make sure there is no risk to current members due to potential “mismanagement” of past allegations, Elliott told the organisation’s board last November. Scouting Ireland hired Elliott last July to review its safeguarding structure.

The organisation, which has 40,000 juvenile members, needs to know if an alleged abuser in any case handled incorrectly is still alive or active in the organisation, he said.

Elliott’s report examined more than 20 sample case files, and found that a practice of lobbying for – and from – the subjects of allegations appeared to have gone unchecked, and in several cases “directly led to bad decisions being made”.

“In each of the cases that I examined there was evidence of the subject of the complaint making attempts to influence the process through lobbying. It appears that this was accepted practice,” he said, adding anyone outside the organisation would view it as “unacceptable”.

“Be prepared” is the scouting motto. It’s unlikely many of Scouting Ireland’s board members were prepared for the public and political turmoil the findings of Elliott’s confidential work would create for the organisation that traces its roots to 1908, which have been revealed in a series of reports by The Irish Times.

Overall, Elliott found “significant gaps” in its safeguarding structures and an absence of written policies for what was acceptable behaviour for volunteers.

The stakes for Scouting Ireland were nothing less than “extinction”, Elliott warned, if it ignored the failings he identified, and did not act to establish “safe practice” when it came to child protection.

Elliott headed the National Board for Safeguarding Children in the Catholic Church in Ireland for six years, where he led the reforms of the church’s child-protection structures.

Drawing on this, Elliott asked the board to reflect on the “devastating impact” unaddressed risk had had on the church, an organisation “that thought itself as being impregnable”.

“Risk to children was not addressed and bad decisions were regularly made involving denial and cover-up. The organisation tried to protect itself and its accused members, losing sight of the need to protect actual and potential victims. The consequences were not only massive financial loss but severe reputational damage that will take many years to fade,” Elliott said.

A small number of civil legal actions from alleged victims of sexual abuse, claiming organisations had failed to protect them from preventable harm, could result in huge financial cost, often in six figures.

However, Elliott commended Scouting Ireland for commissioning the robust review, and its “willingness “ to be prepared to face difficult issues, even ones dated far back in the past.

In one case, Elliott was asked review an allegation made by a female adult leader in 2016, who claimed she had been raped by a male adult leader on a camping trip seven years earlier, when she was 18 years old.

Barrister Lorna Lynch has been hired to independently inquire into the “reported actions” of the four senior volunteers. The four officers stepped aside on Thursday night, pending the conclusion of Lynch’s inquiry.

The move came after Minister for Children Katherine Zappone suspended State funding worth nearly €1 million a year to the organisation, over concerns about its governance.

Following the leak of Elliott’s report to The Irish Times, some directors circled the wagons. In a statement, McCann said the disclosure of the confidential report had been a “betrayal and a breach of trust”. At national council level, the whistleblower was accused of breaking the scout law, which states: “A scout is to be trusted. A scout is loyal.”

Scouting Ireland is “volunteer-led”, meaning the role of staff is to implement the policy set by the volunteers. There is a tension between the two sides of the organisation; in some cases staff felt pressured by lobbying from volunteers over their work, but volunteers have also reported “heavy-handed” responses from staff to complaints.

“The practice of lobbying for an accused person has helped to create a tension between some elements of [the volunteer] leadership and the staff in trying to manage these cases. The staff felt undermined and exposed, leading to considerable feelings of frustration,” Elliott’s report said.

An unpublished internal fact-finding report obtained by The Irish Times found that tension between staff and volunteers was serving the organisation “very poorly”. The report, carried out by a mediation consultant in recent years, examined relationship breakdowns in Co Galway. It concluded there was a “them-and-us” divide that would only widen if left unaddressed, but a follow-up report was not commissioned.

Dublin City Council Labour councillor Dermot Lacey, a long-time scouting volunteer, said he had “learned more about politics in scouting than he ever did in City Hall as a councillor”.

There is a strong level of loyalty between senior volunteers, which was “natural” between people who work together, Lacey said. But accountability is needed when things went wrong.

Garrett Flynn, former board member and chairman of 115th Ballinteer scout group, said a reform of the board was required. “I would feel there should be a combination of people who come from a strong scouting background, and then people with a solid corporate background or major charity experience,” he said.

The apparent “failure to follow procedure” at national level, detailed in Elliott’s report, should not be allowed to reflect poorly on local scout troops, he said. “All this boardroom stuff is detached from the day-to-day scouting in communities,” he said.

Scouting Ireland has found itself in the spotlight previously, often in tragic cases where young members have died while on scouting trips.

On Sunday, December 6th, 2015, Aoife Winterlich (14), who lived in Walkinstown, Dublin, was with a small group of scouts when she and three others were knocked into the sea from rocks near Hook Head lighthouse in Co Wexford. She was winched from the water along with another scout, Philip Byrne, by an Irish Coast Guard helicopter, and taken to Waterford General Hospital, but died several days later.

The tragedy occurred while the scouts had been given 20 minutes’ “free time” to eat their lunch, an inquest into the incident heard. The two scout leaders had told them to stay within the walls of the lighthouse yard. At the inquest, Byrne said he did not recall being told not to go down to the rocks. The trip to the lighthouse took place during the week of Storm Desmond.

The inquest returned a verdict of death by misadventure, and the cause of death was brain damage due to a near-drowning.

Scouting Ireland is currently carrying out a review into the incident. However, the young girl’s mother, Anne Winterlich, was critical this was only happening more than two years after the incident.

“I was hugely upset at the fact that a report was not done into Aoife’s death, it should have been done,” said Winterlich, who is involved in legal proceedings with Scouting Ireland.

The fact that a report had not been launched automatically after the death of a juvenile member was “worrying for an organisation with all those children in their care,” she said.

Aoife Winterlich had joined the scouts only shortly before the trip, and was described by her mother as a “funny, kind, beautiful and creative” girl.

“I think what they should have said was: ‘What happened was horrendous’; and make assurances that changes will be made that this will never happen again,” she said. “I would have expected an apology, as any parent would under the circumstances.”

Scouting Ireland did not respond to questions on when the report into Aoife Winterlich’s death is expected to be completed.

In response to Elliott’s report, Scouting Ireland has made a number of reforms. When an allegation is made against a leader, they are “suspended without prejudice” pending an investigation, rather than asked to voluntarily stand aside. The organisation is recruiting a “safeguarding co-ordinator” and plans to hire additional child-protection officers. A clearer disciplinary code is in the offing.

Meanwhile, the Pandora’s box of historic case files is locked away in Larch Hill. The implications for Scouting Ireland’s future, once the files have been opened, remain to be seen.