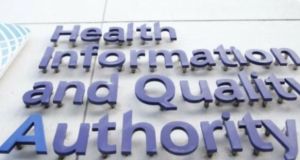 Residents of a centre for those with intellectual disabilities and autism had to stay in their bedrooms “for their own safety” on a number of occasions, a report from the State’s health watchdog has found.

An inspector from the Health Information and Quality Authority (Hiqa) said that from discussions with staff at An Diadan in Co Tipperary it was clear they had experienced “a challenging number of months” earlier this year arising from “the escalated behaviours of a former resident”.

“This resulted in all of the residents being affected by these incidents as they had to on a number of occasions stay in their bedrooms for their own safety (with and or without staff accompanying them) and wait for behaviours to de-escalate,” the report said.

“During this same time period one serious incident had arisen during which members of An Garda Síochána were called by staff to assist with a resident who was engaging in behaviours that challenged. This situation had now resolved itself as at the time of this inspection a resident had already transferred in a planned manner to a more suitable home that was redesigned for them.”

The inspection, which was announced at short notice in July, identified that despite a number of internal audits, “documents associated with personal planning and healthcare required better oversight”.

“The inspector identified a number of inconsistencies across both areas upon an initial review of sampled files,” the report said.

“The person in charge acknowledged that the time afforded to oversight had been impacted this year due to the escalated behaviours of a former resident and more recently in addressing matters associated with COVID-19 pandemic.”

Of the 20 inspection reports published on Tuesday on designated centres for people with disabilities, a good level of compliance with regulations and standards was found in 17 centres.

The inspector noted that residents at An Diadan were afforded opportunities to maintain contact with family members throughout the Covid-19 pandemic.

“Residents’ social care needs and preferences were identified however, the support plans lacked specific detail achievement of the goals set out for the residents,” the report added.

Separately, a Hiqa inspection of Lemongrove House in Co Wexford found that management systems in place did not consistently ensure that the service provided was “safe, appropriate to meet the resident’s’ assessed needs, consistent and effectively monitored”.

The inspector also found the person in charge had not ensured that staff were afforded with “up to date guidance to respond to behaviour that is challenging and to support all residents manage such behaviour”.