More Irish cancer patients to get access to experimental drugs

International recognition for Dublin institute to bring benefits to patients 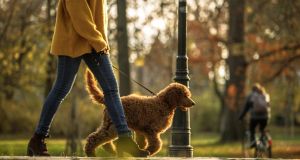 Between 80 and 90 per cent of cancer services were delivered as normal during the pandemic, but social distancing restrictions made it difficult to deliver a full service. Photograph: Getty Images

The number of cancer patients benefiting from experimental drugs will increase tenfold in the years ahead, a specialist has said.

Professor Paul Browne estimates that only between 3 and 4 per cent of cancer patients in Ireland are currently on experimental drugs or treatments.

Prof Browne, the director of the Trinity St James’s Cancer Institute in Dublin said international recognition of the institute will increase the numbers nationally receiving experimental drugs to between 30 and 40 per cent for certain cancers.

Until now, Ireland and Greece were the only countries in western Europe without an OECI accredited cancer centre.

As an OECI-recognised centre, cancer patients in Ireland will be part of a European-wide network of advanced research institutions.

Prof Browne, a specialist in blood cancers, explained that experimental drugs had improved the life expectancy of patients with Myeloma from five to six years after diagnosis to eight to nine years.

“In international terms for us to be able to bring them in, we have to be able to convince the relevant pharmaceutical colleagues that we have all of the resources in one institution where you can deliver all that is needed for these new experimental drugs,” he added.

Prof Browne cautioned that the Covid-19 pandemic makes it “inevitable” that cancer services will be under greater pressure next year.

Between 80 and 90 per cent of cancer services were delivered as normal during the pandemic, but social distancing restrictions made it difficult to deliver a full service.

“There will be a cumulative effect the longer the Covid issue goes on,” he said.

“It has been a huge challenge to us in the health system. There is likely to be a gradual accumulating impact on cancer services.”

Professor Mary Day, chief executive of St James’s Hospital, said the centre will be a key driver in ensuring cancer patients will have “world class care and attention”.

Cancer is the biggest killer in Ireland accounting for one in four deaths. Approximately 44,000 people are diagnosed every year with the disease.

The National Cancer Strategy estimates that the incidence of cancer will increase by 50 per cent by 2025, compared with 2010 and double by 2040 as the population ages.

He added that TCD is ranked in the top one per cent of universities worldwide for medical research.

“There is hardly a family in Ireland that has not been touched by cancer. Good research will be at the centre of everything we do,” he said.

“Cancer can only be addressed by concerted global action with researchers and clinicians to share knowledge and expertise.”

The Minister for Health Stephen Donnelly told the Zoom seminar that the centre launch was a result of “years of hard work across the Trinity-St James cancer institute” and patients will be the ultimate beneficiaries.

Cancer patients and cancer services will benefit next year from a variety of different funding, he said.

A total of €20 million will allow for the full implementation of the national cancer strategy, he said.