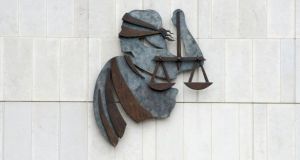 The 17-year-old was not physically injured in the incident but was shaken by it, Det Garda Kieran Crowley told a special sitting of Mallow District Court.

A 25-year-old man has been remanded on bail after he was charged with hijacking a car belonging to a 17-year-old in Co Cork over the Easter weekend.

Kevin Liney from Beechwood Avenue, Cluain Ard, Cobh was charged with unlawfully seizing a car by force at Hartland’s Point, Cobh on April 10th, contrary to Section 10 of the Criminal Law (Jurisdiction) Act 1976.

Det Garda Kieran Crowley told a special sitting of Mallow District Court that gardaí were opposing bail for Mr Liney because of the seriousness of the charge, which carries a maximum sentence of 15 years in jail.

He said the 17-year- old was not physically injured in the incident but was shaken by it, and that he was known to Mr Liney as they lived in close proximity to each other in the Cobh area.

He said Mr Liney was found in a remote area at Walterstown and arrested and questioned and, by his own admission, said he was addicted to alcohol and cannabis and was very intoxicated at the time of the alleged offence.

Det Garda Crowley agreed with Mr Liney’s solicitor, Stephen Foley, that his client had not used any weapon such as a firearm or knife in the commission of the alleged offence and the 17-year-old had not been physically injured.

Mr Foley said that his client had spent two nights in garda custody since his arrest on the charge. He was anxious to avoid any further time in custody and was willing to abide by whatever bail conditions were sought by gardaí.

Det Garda Crowley said gardaí would seek an undertaking from Mr Liney that he would reside at his home address and would observe a 9pm-7am curfew there.

Gardaí would also require him to abstain from any intoxicants, stay away from the injured party in the case, sign on at Cobh Garda Station every Wednesday and be contactable by mobile phone at all times.

He said gardaí would also require Mr Liney to abide by Government guidelines regarding Covid-19, including that he would only engage in essential travel and that he would stay within two kilometres of his home.

Insp Joe O’Connor said gardaí would agree to Mr Liney obtaining bail once he agreed to abide by those bail terms and Mr Foley said his client was willing to give such an undertaking to the court.

Judge Patricia Harney said she was satisfied to grant Mr Liney bail given he had a permanent address and she remanded him on his own bond of €100 to appear at Midleton District Court, sitting in Mallow in April 23rd.