Man for court over Drogheda stabbing 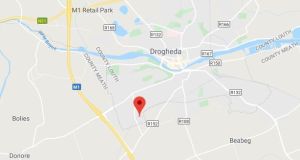 A man has been charged over a stabbing in Knockbrack Downs, Drogheda. Image: Google Maps

A man has been charged following a serious stabbing in Drogheda, Co Louth.

The man in his 20s was detained at Drogheda Garda Station under Section 4 of the Criminal Justice Act 1984.

He was later charged and will appear before Drogheda District Court on Friday.

The incident occured at about 9.30pm on Thursday at a house in Knockbrack Downs.

The man was taken to Our Lady of Lourdes Hospital, Drogheda. His condition is described as non-life threatening.

The scene is being preserved pending a full technical examination.