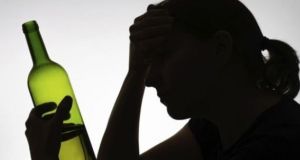 The judge expressed his concern after a doctor had to set up a field hospital at a teenage disco at Bandon Rugby Club to treat several teenagers suffering from extreme alcohol intoxication. File photograph: The Irish Times

A judge has suggested that the organisers of teenage discos should carry out random breathalyser tests on teenagers to ensure the events remain alcohol and drug free after one such disco resulted in the activation of an emergency plan when children had to be treated for extreme intoxication.

At a hearing of applications for licences, Judge James McNulty outlined a series of measures that he was proposing for the organisers of a number of teenage discos in West Cork. These included that they would only sell tickets directly to the children’s parents who in return would have to give certain undertakings about their children.

At Bandon District Court on Thursday, the judge said he believed that the organisers of the events should be able to randomly test teenagers with breathalysers, which are now relatively inexpensive, to see if they had consumed alcohol or drugs before they allow them admission to the events.

And he suggested the Bandon Rugby Club, Clonakilty Agricultural Show committee and Clonakilty GAA Club should also seek to get parents more involved in ensuring that such discos passed off without incident by getting them to sign up to a series of parental commitments.

The judge produced a document listing “parental responsibility commitments”. Parents would give their consent to the event organisers taking “all reasonable steps including CCTV use and random Breathalyser testing to ensure that it is alcohol and drug free”.

He also suggested that parents would give commitments to be personally involved in organising the travelling arrangements of their child to and from the event and be in a position to collect their child promptly from the event if requested to do so by the organisers.

The judge suggested parents would also agree to accept that organisers and supervisors of teenage discos have the discretion to cancel any ticket sold or refuse admission on the night or ask any child to leave and not return if they deem it appropriate.

He explained that his thinking was prompted by concerns over child safety and child protection given that those attending such events were ranging in age from 12 to 16 and 17 and, as such, were minors in the eyes of the law and needed to be protected.

He expressed his concern after a teenage disco at Bandon Rugby Club earlier this year resulted in huge media coverage when pre-hospital emergency medicine physician, Dr Jason Van Der Velde had to set up a field hospital at the disco to treat several teenagers suffering from extreme alcohol intoxication.

Solicitor for Bandon Rugby Club, Veronica Neville said the teenagers, who became extremely intoxicated at the event earlier this year, had not been served any alcohol at the event which was alcohol-free but had arrived in Bandon already intoxicated on buses from Cork city and beyond.

Applying for a licence for Bandon Rugby Club, Ms Neville said her clients took their duties towards the 350 or so teenagers attending their Bounce disco seriously. It employed 15 paid security personnel while there were also some 15 volunteers operating on a rota basis to supervise and manage the event.

They also had a sick room set up at the rugby club and employed two paramedics with appropriate accreditation working with oversight by a pre-hospital emergency medicine physician while there was also an ambulance available on the night in the event of someone needing hospitalisations.

The judge said it was worrying to hear that organisers of such events felt the need to set up the equivalent of field hospitals at teenage discos with pre-hospital emergency medicine doctors on standby as there was a danger it could lead to the normalization of teenage drinking and taking of intoxicants.

He believed in those circumstances it was necessary to “recalibrate” how the organisers of such events prepare and manage them. It was in such a spirit that he had drawn up the list of recommendations for them, he said, to reflect on before deciding next month whether to grant them dance licences for the discos.

He said it was clear that the bigger the catchment area that the teenagers were coming from, the greater the risk and the larger the number of teenagers, the greater the burden of supervision on the organizers. He suggested they might consider reducing the numbers attending such events.