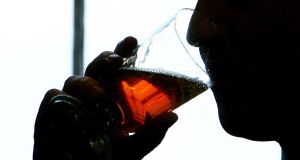 Because drivers who are convicted and banned can continue to drive pending appeal, many cases are fought for years. Photograph: Gareth Fuller/PA

Road traffic legislation has been used for 15 years to impede the prosecution of drink-drivers so accused motorists can continue to drive, the DPP’s senior prosecutor has said.

This occurred to such an extent that it was hard to secure prosecutions, even though incriminating blood and alcohol samples were available.

“Arguably for the last 15 years the Road Traffic Act has been used by the defence to impede convictions,” she said.

People who were so intoxicated “they shouldn’t even be conscious, let along driving” were able to “walk out the door every day without a conviction”.

Because drivers who were convicted and banned from driving could continue to drive pending appeal, a huge number of cases were fought for years; more than 15 in some cases.

“[If] you get convicted in the District Court; then you have the right to an appeal. Your driver’s licence is not suspended until it’s finalised,” Ms O’Brien said.

“...If your livelihood is driving, then you’re going to look for that time.

“It could take six or eight months from a District Court case going to the appeals court and it could take another year before it’s heard.

“That’s before you get into legal decisions that slow the process. There are cases going back to 2006-2007 that are still before the courts.”

However, some recent decisions handed down by the higher courts had stated technical or procedural shortcomings that had not undermined an accused’s rights should not lead to the collapse of a prosecution. The Act was intended to facilitate road traffic prosecutions rather than impede them.

Ms O’Brien was addressing an event at University College Dublin to mark 50 years of the Medical Bureau of Road Safety.