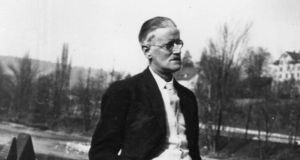 Dublin City councillors have proposed a motion to attempt to bring the remains of James Joyce and his wife Nora Barnacle back to Ireland.

The councillors argued that the writer and his wife should be exhumed from their resting place in Zurich and brought back to Dublin as was their wish, Mr Lacey said.

The motion has been formally noted in the minutes by the area committee, and once the minutes of that meeting are adopted by the full council, the Mayor and the council’s chief executive must write to Minister for Arts, Heritage and the Gaeltacht Josepha Madigan concerning the proposal.

Mr Lacey said he had been told by local Joyceans in Sandymount that the writer wished to be buried in Ireland. Having checked with Senator David Norris whether that was in fact the case, Mr Lacey resolved to put forward the motion.

He and Mr McCartan are aiming to have the remains brought back to Ireland in time for the centenary of the publication of Ulysses, Joyce’s best-known novel, in February 2022.

Joyce left Ireland in 1904, living in Trieste, Zurich and Paris. He fled France during the second world war for the Swiss city, where he died in January 1941.

Describing Joyce as “Ireland’s premier writer”, Mr Lacey said: “It would appear he wanted to be buried here, and it would be nice to do it on the centenary of the publication of one of the most important books of modern literature.

“It would be a good thing for Ireland,” he said. 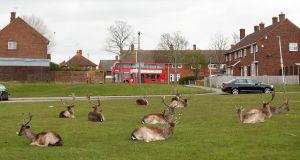